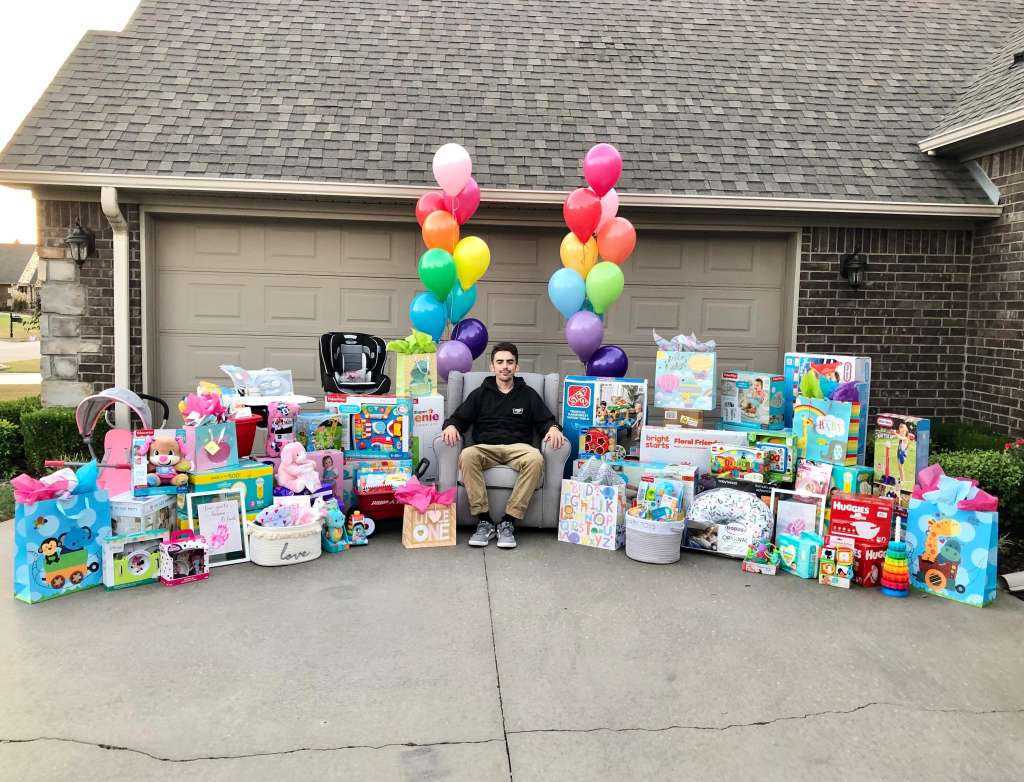 (CNN) — Eric Robison will never run out of words to describe his wife.

Her smile, her laughter, her constant goofiness, the faces she made when she was grumpy, the kindness she bought out of him, the way she felt like home.

Losing her made the world stop in its tracks, he says, as if the road they were walking stopped at a dead end with no future in sight.

Emily Robison was unvaccinated when she died on September 20 from Covid-19, after fighting to survive for over a month. Just three weeks before her death, she had given birth to their first child, a girl she named Carmen after her great grandmother.

“I knew something was wrong that night,” Robinson told CNN, referring to her final hours. “I could feel it in my chest. It felt like Emily was farther away from me than she already was. In my heart, I felt like she was too far out of grasp.”

He added: “Even though she was in the hospital, I always felt like she was there, holding onto me. But in that moment, I knew she was slipping away.”

As he was dialing the hospital on his phone, he received a call in the same instant, Robison said, His wife’s heart had stopped, the hospital told him. Within 46 minutes, Emily had passed away, leaving behind loved ones including her husband and their baby.

“After that, I was just a lost soul,” Robison said.

Now a single father, mourning the loss of his soul mate and preparing to embark on the journey of fatherhood alone, Robison wasn’t sure what to do.

But one nurse had his back — as did hundreds of strangers who heard his story and sent baby supplies, materials, gifts and donations to help him through the tragedy.

A helping hand in times of desperate need

He was sitting in front of his wife’s hospital room, separated by a glass door, just looking at her “so clearly heartbroken,” Schwartz said.

An ICU nurse at Mercy Hospital in Fort Smith, Arkansas — where she has worked for 10 years — Schwartz had just learned that Robison’s wife, a 22-year-old pregnant woman, had been intubated and placed on life support.

“The image will forever be inscribed in my head. He was just staring in a daze. It literally broke my heart to pieces,” she told CNN.

“Especially as an ICU nurse, the reality of life with this virus is any patient’s story could very well be our own story someday and I just thought to myself ‘What if this was me sitting in this chair staring into my husband’s room?'”

The couple had been unvaccinated because of misinformation that the vaccine causes issues in pregnant women and could hurt the baby.

Pregnant people who develop Covid-19 symptoms risk emergency complications and other problems with their pregnancies, according to two new studies. And pregnancy alone places people at an increased risk for severe illness and death.

But despite the risks, pregnant people remain some of the most vaccine-hesitant populations in the US, according to the US Centers for Disease Control and Prevention.

When Robison got the virus from someone he works with, he found himself feeling better in days while Emily’s health quickly deteriorated. She was hospitalized with Covid-19 pneumonia on August 15 and was placed on life support three days later, according to Robison.

“Before they put her on the ventilator, I told her I loved her more than anything in the world,” he said. “I told her something I shouldn’t have, I promised she would come back to me. She whispered that she loved me and that was the last time I talked to her.”

After discovering that the baby was born, Schwartz made a Facebook post asking co-workers and friends if they wanted to buy a gift for the new parents.

“I called Eric and asked if he and Emily had a baby registry and he didn’t know what a registry was. He said all they had for Carmen were clothes. As Emily was fighting for her life, I just felt called and a sense of responsibility to make sure this baby had everything she needed,” Schwartz said.

“All I could picture was Emily coming home after being in the hospital for months and not having much of anything for Carmen and asking herself ‘Why did someone not help me?'”

The nurse created a baby registry on Amazon, Babylist, and Target, and launched a GoFundMe for the family that has so far raised more than $16,000.

The gifts came rolling in, with nearly all the gifts on the registries purchased and mailed to the family. Over 200 people contributed in gifts, and over 300 others donated money to the GoFundMe.

“Never would I have imagined that gifts would start pouring in from all over Arkansas and the rest of the country,” Robison said. “It’s bittersweet, because I wish Emily was still alive to see it. But not having to worry about Carmen being taken care of is one less thing I have to worry about right now.”

Baby Carmen is set to go home with her dad on Monday after spending two months at the hospital due to reflex issues with her feedings, a common problem in many premature babies.

“I’m so grateful for everyone who has helped, even those who have messaged me saying they can’t give me money but will pray for me. That’s perfect enough for me,” Robison said. “I know Emily is watching right now crying with happiness. She always wanted to be a mom.”

Schwartz made two pictures, with Robison’s permission, of Emily’s handprints. When Carmen is discharged, her handprints will be placed on top of Emily’s.

“She will forever have a keepsake of her mama,” Schwartz said.

“She would still be here if we took it serious”

Saturday would have marked Emily and Robison’s four-year anniversary and three years since they were married.

The couple had met on Facebook, where they immediately connected and found themselves on the phone every day for hours. Within a month, they moved in together and became inseparable.

In October 2018, they got married. His dream of finding his forever person had come true, he said, and he wasn’t planning on ever letting her go.

“She was like the female Jim Carrey. She was extremely goofy, extremely cute,” Robison said. “Wherever I was with her, I was at home. It’s how I always felt with her, even when we were hitting rock bottom.”

When Robison shuts his eyes, all he can hear is the hospital intercom blaring “code blue room 22” over and over again in the moments before he lost his wife. Code blue is the hospital emergency code.

“That sound of the heart monitor as they’re pushing on her, trying to bring her back, that sound plays in my nightmare every single night since,” he said.

“I had to be in Covid gear to see her after she died because she had been so sick, but it blocked me from kissing her. I didn’t care. The moment they closed the curtains, I ripped off the face mask and kissed her. I told her I loved her and that I’m sorry I didn’t try harder.”

Now, Robison just wishes they had gotten vaccinated, a message he wants to send to everyone who has yet to receive the vaccine.

“It’s a different pain than anything I’ve felt in my life, sitting there looking at my wife, dead on a bed, holding her hand and watching the color roll out of her face,” he said. “Get vaccinated. It’s very serious. She would still be here if we took it serious.”