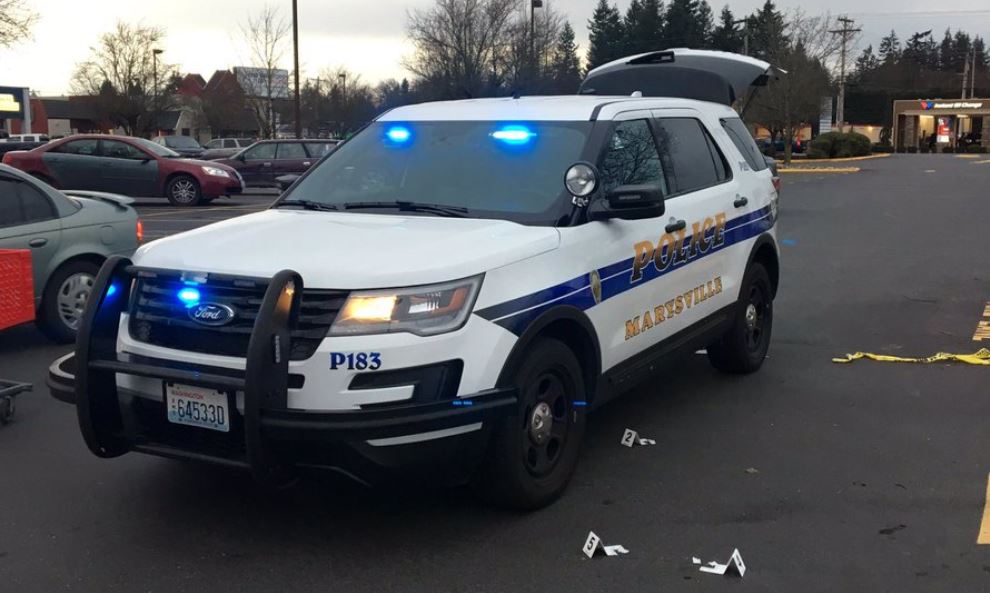 MARYSVILLE, Wash. (AP) — Authorities say two men were surrounded by customers with guns while attempting to steal tools from a Washington store.

The Daily Herald reports the men, ages 22 and 23, allegedly took four nail guns, each worth more than $400, from the Coastal Farm & Ranch store Saturday in Marysville.

Images from the parking lot. pic.twitter.com/uAFaBV32K1

The men walked out of the store and got into a Honda Civic, only to be surrounded by about six customers with guns raised.

Court documents say the driver pulled forward, causing one man confronting him to land on the hood.

Documents say another customer shot at the driver’s side front tire, while a third fired twice at the rear tire.

Marysville police found the theft suspects’ car unoccupied about three blocks away, with two flat tires and the tools inside. Both men were apprehended after a search.