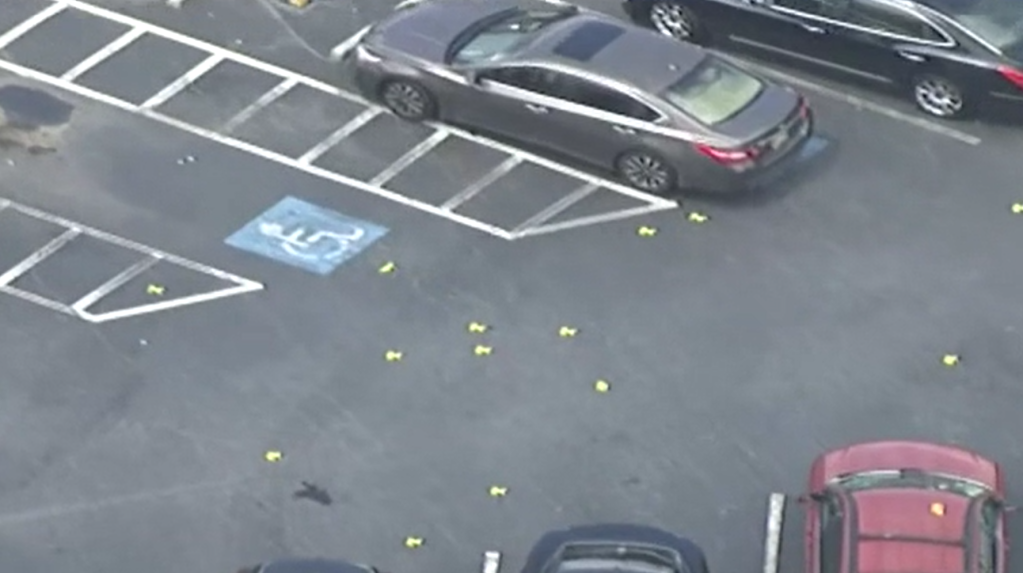 MORROW, Ga. (AP) — A shouting match led to dozens of gunshots and one person wounded Thursday at a mall southeast of Atlanta, authorities said.

“We believe there may have been a verbal altercation inside the mall that migrated to the exterior of the mall and then there were multiple groups of shooters firing back and forth,” Morrow Police Sgt. Eli Skelton told WAGA-TV.

Skelton said a 28-year-old man was shot in the thigh and taken to a hospital. The victim is expected to recover.

Police say they detained seven people for questioning, but no charges were immediately announced. An estimated 25 shots were fired, with officers taping off a parking lot outside a Macy’s store to investigate. It’s not clear what led to the shouting.

“Like 15 younger kids, they just started running, like I guess they were meeting up at the mall to come shot or come fight,” Nelida Smith told WAGA-TV. “One of them just starting shooting inside the mall and the whole mall just started to disperse. We started running back into the store to get to safety.”

Paramedics treated three people for anxiety attacks, and many other shoppers said there were scary moments

“Scared. I was scared trying to get cover,” is how Jada Smith described her reaction to WSB-TV. “You don’t know where the bullets are coming from,” Smith said.

Several vehicles were also damaged in the shootout, and some cars were towed.