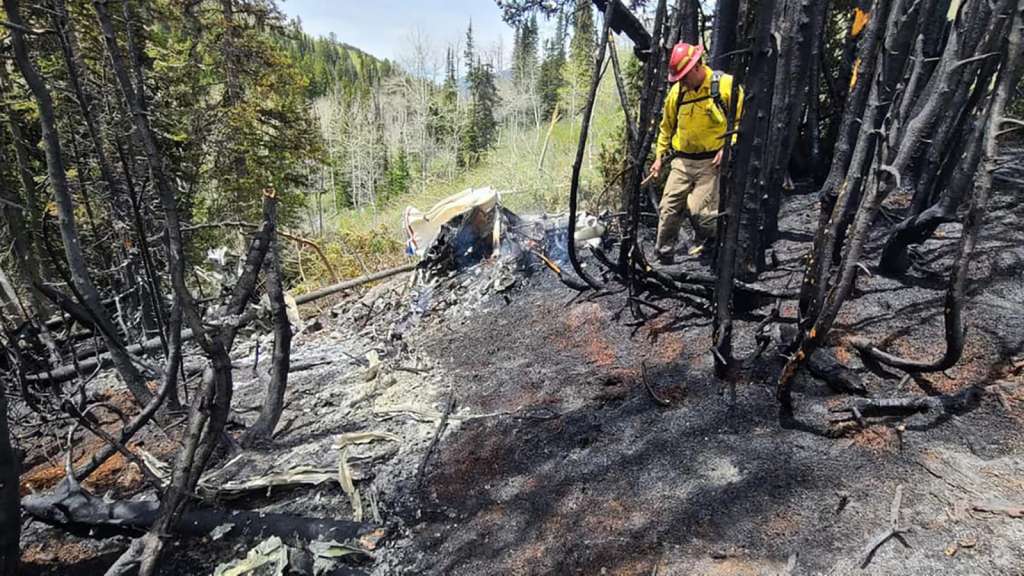 (CNN) — One man was killed and another injured after their plane crashed into a mountain near a ski resort in Utah, according to a news release from the Weber Fire District.

A witness called 911 around 10 a.m. Saturday and reported seeing a plane crash into the mountain near Powder Mountain Ski Resort in Eden, the news release said.

Powder Mountain is about 55 miles northeast of Salt Lake City.

One of the men aboard was found dead and the other suffered second- and third-degree burns and was flown to the University of Utah Burn Center, the news release said.

The second man had burns to about 60% of his body, Weber Fire District Deputy Chief David Reed told CNN.

The crash sparked a fire that was quickly contained by fire crews, the news release said.

“There was still snow up there,” Reed said, adding that helped prevent the fire from spreading.

The plane was a Cessna 172, according to a preliminary statement from Federal Aviation Administration (FAA) spokesperson Arlene Salac.

The FAA and National Transportation Safety Board (NTSB) will investigate the crash, Salac said.