US poised to lift sanctions on Iran under nuclear deal 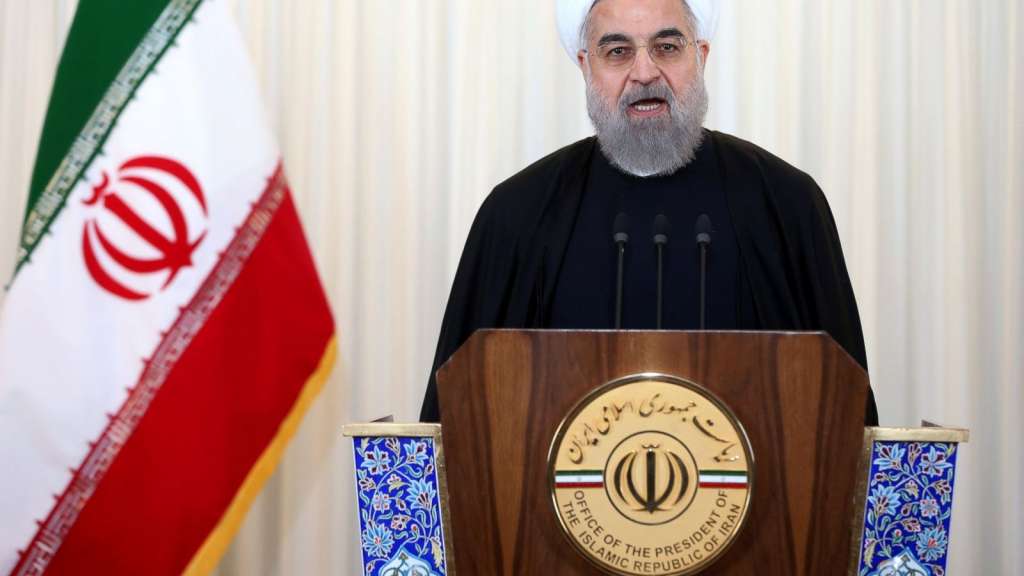 WASHINGTON (AP) — The United States appears poised to lift at least some sanctions against Iran — possibly as early as January — as members of Congress urge a swift, robust U.S. response to Tehran’s recent ballistic missile test.

Secretary of State John Kerry said in a letter Wednesday to the Senate Foreign Relations Committee that Iran is fulfilling its obligations under the international agreement in what Kerry calls a "transparent" and "verifiable" way, and that "suspension of sanctions … is appropriate."

The committee’s top Democrat, Maryland Sen. Ben Cardin, said at a hearing Thursday that it appears that sanctions relief could start as early as January, not in the spring as initially anticipated.

The deal involving the United States, Iran and five other world powers would curb Iran’s nuclear activities in exchange for giving Iran access to billions in frozen assets and oil revenue.

Cardin said that throughout the congressional review of the deal, witnesses for the administration guessed that it would be spring until Iran could comply with the terms required for that relief to begin.

"Now we understand it is likely that Iran will be in compliance and entitled to sanctions relief as early as January," Cardin said at the hearing where Obama administration officials were questioned about the deal.

"Obviously, we want them to comply — don’t get me wrong," Cardin said. "But why did we misjudge so badly the date that is likely for compliance?"

Stephen Mull, the State Department’s lead coordinator for implementation of the deal, agreed that some administration officials had speculated that it would take until the spring. But he said the pacing of compliance is in Iran’s hands.

Iran’s president, Hassan Rouhani, said Wednesday that Iran will carry out its remaining obligations in the next two weeks to pave the way for the lifting of sanctions in January. He said Iran would now dismantle some nuclear centrifuges and ship out a major portion of its stockpile of enriched uranium.

Mull emphasized that the agreement requires Iran to take steps to dismantle its nuclear program correctly, not quickly.

"We’re not there yet," he said. "I don’t think anyone in the U.S. can predict when that will be. The responsibility for that lies with Iran as verified by the International Atomic Energy Agency."

Mull said Iran has begun dismantling its uranium enrichment system by removing thousands of centrifuges and transferring them into a storage facility that will be monitored by international nuclear inspectors.

"It has already removed more than 5,000 of its machines and is likely to move quickly to remove the rest in the coming days," Mull said.

He said Iran is reducing its stockpile of various forms of enriched uranium to no more than 300 kilograms of material enriched up to 3.67 percent.

"It will accomplish this primarily by shipping a significant amount of such material outside Iran, while also diluting the remaining excess to the level of natural uranium or below," Mull said. "Commercial contracts are in place for Iran to ship its enriched uranium stockpiles to Russia. We expect that this material — approximately 25,000 pounds of material enriched up to 20 percent low-enriched uranium — could leave Iran in the coming weeks."

Senators from both parties expressed concern about recent actions taken by Iran, which they fear could foreshadow Iranian noncompliance.

Saying the deal is off to a "terrible start," Sen. Bob Corker, R-Tenn., the committee chairman, cited Iran’s conviction of Jason Rezaian, a Washington Post reporter, along with the export of weapons to Syria and Yemen, and an Oct. 10 ballistic missile test that U.N. experts say violates the U.N. ballistic missile test ban.

"We see no evidence of them paying a price for any of these actions," Corker said.

Mull said the administration was "actively considering the appropriate consequences" to the October missile launch, but did not elaborate.

Sen. Chris Coons, D-Del., who supported the deal, called for forceful enforcement of the agreement.

"If we fail in any way to relentlessly enforce what we’ve got in terms of both U.S. unilateral and multilateral abilities to constrain Iran’s actions, they will take that as a clear signal that we’ve taken our eye off the ball," Coons said.

Sen. Kelly Ayotte, R-N.H., and 35 GOP senators wrote President Barack Obama on Thursday, urging the administration not to lift sanctions in the wake of the ballistic missile test.

"This approach toward Tehran undermines further an already weak Iran deal and jeopardizes our national security interests," the letter said.