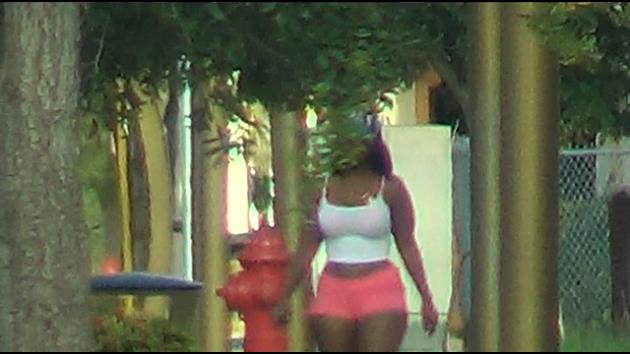 WSVN — They came for sex but left in police cars, and only one station was there as Fort Lauderdale police cracked down on prostitution. Investigative reporter Carmel Cafiero has this exclusive.

For years now, prostitutes have used Sistrunk Boulevard to pick up customers. It goes on day and night.

Undercover Officer: “You need somebody to talk to? Cause I ain’t in the talkin’ business.”

But this woman is no prostitute, she’s an undercover Fort. Lauderdale police officer and she’s working the street in an effort to rid the area of this kind of activity.

Civic leaders, residents and business owners say they’re being affected by aggressive hookers and their customers.

The owner of this funeral home says even mourners are being propositioned.

Richard Kurtz: “I got this girl over here pulling her dress up, pulling her drawers down and I got people going in that funeral home to view.

They think if the customers get arrested, the prostitutes will leave the area.

Bobby DuBose: “We let the whole world know, Hey this is the John and then any other Johns that haven’t been caught. They need to think twice before coming in this area because they know if they get caught, then everyone is going to know what they’re doing.”

That’s exactly why police are conducting this sting, and only 7News was there.

Undercover Officer: “OK, tell me what you want and we can work something out.”

The men came on bicycles and in box trucks. Police say they offered $10 to $100 for various sexual acts.

Undercover Officer: “I have to come with you– what do you want?”

He appeared stunned when he was arrested because of his age and health.

Police released him with a promise to appear, but all the others were booked into jail accused of solicitation for prostitution.

Thirty-six-year-old Larry Ware of Fort. Lauderdale says his arrest will cost him dearly.

He was driving a company truck loaded with pest control equipment and dangerous gas. He told me he’ll probably lose his job and his fiancé.

The undercover operation was all about sending a message.

Chief Frank Adderley: “It draws a lot of customers to the area and the way that we’re looking at it and approaching it from this perspective is we’re working together with the community to reduce the demand for prostitution in that neighborhood.”

In only a matter of hours, eight men were caught in the sting. Among them, 42-year-old Derreck Cook of Fort. Lauderdale, 52-year-old Sammie Harris of Pompano Beach who came by on his bike, 34-year-old Sinclair Ellis of Fort. Lauderdale who didn’t want his face shown, and 45-year-old Vincent Johnson of Hollywood who seemed in disbelief.

But the Sistrunk community and the police department say believe it, they want prostitution off their streets for good and this was just round one.