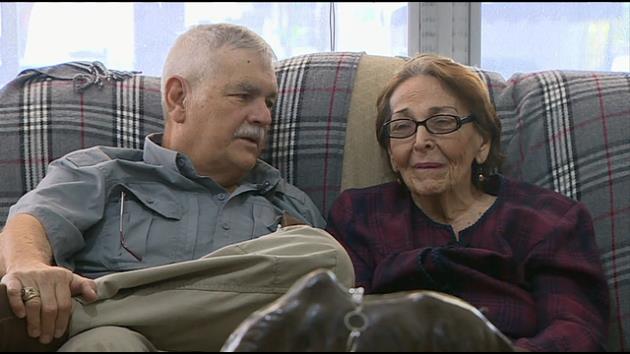 WSVN — When a family member gets older, sometimes they need help and give a relative the power of attorney to control their finances. That’s great, until the relative is blocked by a bank. Can they do that? Let’s bring in Help Me Howard with Patrick Fraser to find out.

When you first see Josefina and hear about her condition, you feel a little sad.

Osmond Austin: “She was diagnosed with dementia, and now it’s gone to acute dementia.”

But when Osmond talks to his cousin about her life, you smile as her face lights up.

The movie theater in Cuba as a child, the Copacabana as a young adult, and her successful life after fleeing to Miami.

Osmond Austin: “In Cuba, she was an incredibly outgoing personality, traveled extensively. Her dad was a very wealthy entrepreneur down there.”

Osmond is a retired Miami Police officer, and a few years ago discovered one of Josefina’s so-called friends was taking advantage of her.

Osmond Austin: “They were able to get her to sign some documents, and ultimately she lost some property and some actual real funds from her bank account.”

An attorney drew up a document granting Osmond durable power of attorney for Josefina. She signed it.

Osmond Austin: “At that time, my attorney and the doctor said that she had the ability to acknowledge that document.”

Over the years, Josefina had mentioned to Osmond that she had safe deposit boxes at two banks, but he couldn’t find the keys, so he took the power of attorney letter and went to the first bank.

Osmond Austin: “Bank of America. I looked in there, and I did find some stuff in there that belonged to her, and still there.”

Then he went to Wells Fargo to see if she still had a safe deposit box there and what was in it. He got bad news.

Osmond Austin: “‘This durable power of attorney does not cover this event.'”

Osmond said, “OK, if I can’t get in the safe deposit box, at least let me know if she still has one there.” Again, no.

Patrick Fraser: “Wells Fargo won’t even tell you if she has a box?”

Osmond Austin: “No. They said, despite the fact that I have the power of attorney, it doesn’t cover that event.”

Osmond says he has not gotten a bill for a safe deposit box, so maybe it closed it years ago, but he wants to be sure for Josefina’s sake. One bank will let him, one won’t.

Osmond Austin: “In my own mind, I was mouthing a few … well, I will leave it there.”

Well, Howard, Osmond has power of attorney that his cousin Josefina signed. One bank says it’s OK, but one says it’s not. Legally, what’s the answer?

Howard Finkelstein: “Both banks are right, because Florida, unlike many other states, does not have a uniform power of attorney form. The person preparing the document has to detail the rights being given to the person who has the power of attorney. In this case, it did not specifically list safety deposit boxes, but it did list bank accounts, so you can conclude it meant safety deposit boxes, or it didn’t.”

I spoke to Wells Fargo. They were helpful and found a way to resolve things. A spokesperson told me they couldn’t discuss a customer’s finances with me, but they would call Osmond. They did. He says he was told that Wells Fargo had no record of Josefina having a safety deposit box with them or the bank they bought out, Wachovia.

Howard Finkelstein: “Two things: If you are getting or giving power of attorney, have a qualified attorney draft it, and make sure you specifically list exactly what can be done. Remember, if something is left out, and it cannot be accessed, an attorney has to be paid to go to court, where you hope a judge sees it your way.”

Osmond says he is certain Josefina told him she had that safe deposit box, but he will move on, and make sure her days are happy ones.

Lost the power to resolve your problem? Need to bank on someone to help you? Deposit it with us. Financially you’ll be set, because we’re free.