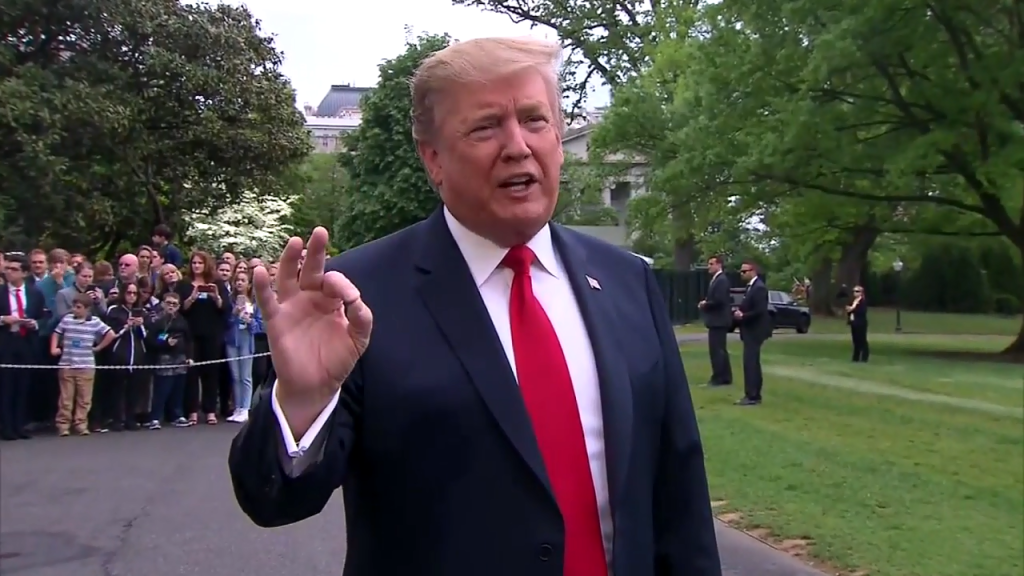 WASHINGTON (AP) — Once again, Presidents Donald Trump and Xi Jinping have hit the reset button in trade talks between the world’s two biggest economies, at least delaying an escalation in tension between the U.S. and China that had financial markets on edge and cast a cloud over the global economy.

But when U.S. and Chinese negotiators sit down to work out details, the same difficult task remains: getting China to convince the United States that it will curb its aggressive push to challenge American technological dominance — and then to live up to its promises.

At the Group of 20 meeting in Osaka, Japan, Trump and Xi agreed to a cease-fire in the trade conflict. Trump said Saturday he would hold off for the “time being” on plans to impose tariffs on $300 billion more in Chinese imports — on top of the $250 billion he’s already targeted. This decision will jump-start trade talks that stalled last month.

“We’re going to work with China where we left off,” Trump said Saturday. He also said China had agreed to buy more American farm products.

Addressing another contentious issue, Trump said he will now allow U.S. companies to sell components to Chinese telecommunications giant Huawei, which last month was put on an American blacklist as a threat to national security. Trump said that Huawei will stay on the blacklist, however, and that its future won’t be decided until the end of the trade talks.

Neil Shearing, London-based chief economist at Capital Economics, predicted that financial markets will rally with relief when they reopen Monday. “But I don’t think this marks the turning of the tide,” he said. “Talks will ebb and flow, but the direction over the next 12 months will be toward renewed escalation because issues around industrial strategy will prove to be so intractable.”

The Trump administration says China is trying to cheat its way to dominance in the cutting-edge technologies of the future such as artificial intelligence and quantum computing.

In a report last year, the Office of the United States Trade Representative accused Beijing of resorting to predatory tactics to challenge American technological supremacy.

These include forcing foreign companies to hand over technology in exchange for access to the Chinese market; subsidizing its own companies (especially those owned by the state) while burying foreign firms in regulations; providing government money so Chinese firms can buy sensitive foreign technology at above-market prices; and stealing trade secrets outright.

Eleven rounds of talks failed to end the standoff. The United States has imposed 25% import taxes on $250 billion in Chinese products and threatened to target $300 billion more — a move that would extend the tariffs to virtually everything China ships to the United States.

China has lashed back with tariffs on $110 billion in American goods, focusing on agricultural products in a direct and painful shot at Trump supporters in the U.S. farm belt.

The last time Trump and Xi met — in early December at a G-20 gathering in Buenos Aires, Argentina — they also reached a cease-fire that injected new life into the talks. But the momentum didn’t last.

Until May, it appeared that the two countries were slowly closing in on a deal. But then U.S. officials accused their Chinese counterparts of reneging on commitments they’d made earlier, and talks broke down.

Getting them back on track could prove difficult. Beijing is reluctant to end subsidies to Chinese companies and to write any commitments into Chinese law. The Chinese also want the United States to drop its tariffs as a condition of any deal. But the Trump administration insists on keeping tariffs to use as leverage to make sure that China keeps its promises.

Both countries have economic and political incentives to reach a deal. Xi is overseeing a decelerating economy and likely won’t want to be engaged in a destructive trade war when China’s ruling Communist Party meets in October. Trump, too, is confronted with an economy that, though still healthy, has looked a bit wobbly. And the trade hostilities with China have hurt his supporters in rural America as he campaigns for re-election in 2020.

“This is a truce for now – for Xi, ahead of the Communist Party celebrations in October and for Trump, dependent on how his re-election campaign progresses,” said Diana Coyleva, chief economist at Enodo Economics. “But as we’ve said before, fundamentally, this dispute is about much more than trade – it’s part of a longer-term Great Decoupling that stems from a conflict over technological supremacy and geopolitical power. This is about redefining the world political and economic order, a process that will see periods of relative calm and also periods of significant turbulence.”

Jacob Parker, vice president of the U.S.-China Business Council in Beijing, sees “substantive issues that remain to be resolved — subsidies, state-owned enterprise reform, industrial policy in China —- that go to the core of China’s economic system. These are not issues that are going to be resolved quickly or overnight. And I think we have to expect that both sides are going to have to compromise a little bit. They can’t let perfect be the enemy of good.”