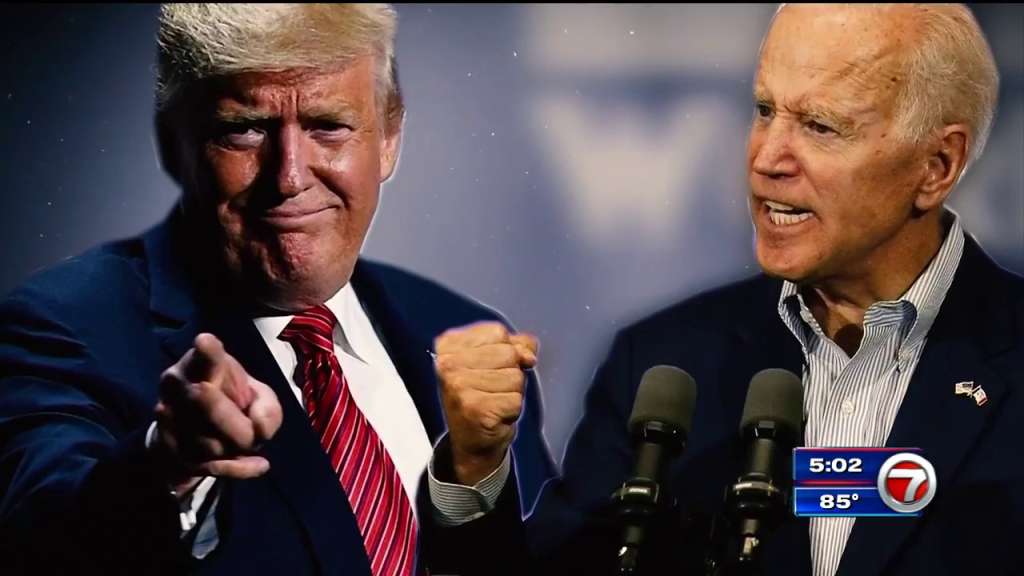 (CNN) — They’ve been Republicans their entire lives, but Rody and Tommye Johnson are now sign-waving supporters of Joe Biden. They have already cast their ballots in hopes of correcting what they see as a grave miscalculation for supporting Donald Trump in 2016.

“We determined soon after he was elected that this was a horrible mistake the American people had made — and that we had made,” said Rody Johnson, a retired engineer and author. “Damn it. We voted for him.”

His wife, Tommye, did not mince words when asked whether she could have guessed that she would ever vote for a Democratic presidential candidate: “Never in a million years.”

The Johnsons are in their upper 80s and their blistering critique of Trump, most recently with his handling of the coronavirus crisis, underscores one of the challenges facing the President’s reelection: struggling to maintain his grip on senior voters, a reliably Republican constituency for two decades.

The fight for the senior vote is punctuated by the fact that Trump, 74, and Biden, 77, are jockeying for support among their own peers.

Nearly one in four eligible voters this fall are 65 and older, according to estimates from the Pew Research Group, which is the highest in more than four decades. And considering seniors are far more disciplined about voting than their children or grandchildren, the voting bloc is even more critical to win over.

Nationally, a CNN poll this month found Biden with a 21-point advantage over Trump among voters 65 and older. A Quinnipiac poll also out this month showed Biden leading Trump by 55% to 40% among seniors.

Here in Vero Beach, a mid-Florida coastal town where Trump defeated Clinton by a 24 point margin in the surrounding Indian River County, the Johnsons said they are no longer shy about showing their affirmative support for Biden.

They wave blue “Republicans for Biden” signs at busy intersections and spread the word to whoever will listen. They believe there are plenty of Biden supporters in their county who are afraid to say so, but are realistic enough to know this stretch of Florida is still Trump Country.

“I’m worried about Election Day,” said Rody Johnson, who has already cast his ballot for Biden. “All we can hope is the margin is great enough so there’s not much of an argument, but it’s scary. And I’ve never been scared about something like that before.”

His wife, Tommye, added: “I don’t know how people can be so blind to look at this man and say this is a man we want again as president, when all of the stuff that he’s done has been so out there. But everyone has their own opinion.”

Reaching out to seniors

On a sunny morning this week, Tobi Schelin and two other Democratic volunteers walked through a housing development in Fort Pierce, a city in St. Lucie County that twice supported Barack Obama before backing for Trump in 2016.

“The Covid situation is something people have mentioned to me over and over again,” said Schelin, a volunteer who is canvassing voters for the Biden campaign. “They can’t hug their grandkids — that’s been a huge factor. And the rhetoric that’s been put out there, a lot of people are really offended by it.”

With clipboards in hand, they placed information on the doors of voters who did not participate in the election four years ago.

“Every time we canvas, we’re reaching out to a lot of seniors,” said Schelin, 65, who also works as a nurse. “I think the senior vote is really going to pull Joe Biden to victory. That’s my prediction.”

The President has tried to reverse the slide among senior voters, promoting a law-and-order message and delivering an unfounded warning of danger coming to the American suburbs. He’s also sought to change the subject from coronavirus, airing a television ad over and over warning Floridians that Biden would raise their taxes, an argument that Biden said is untrue for households making less than $400,000.

“Biden’s agenda would be a catastrophe for Florida’s seniors,” Trump told supporters at a rally in Sanford earlier this week.

During his own campaign stop in Florida one day later, Biden rejected that argument — and turned his focus back to coronavirus.

Here in Florida, people 65 and older made up 21% of the vote in 2016. Trump won that group by 17 points over Hillary Clinton. Campaign advisers from both sides say this campaign is playing out on a different canvas, with comparisons between Clinton and Biden difficult to make.

The pandemic — and the fear of a close election — is driving many senior supporters of Biden, who are canvassing neighborhoods and volunteering far more than they did four years ago. It’s that election, where Trump narrowly defeated Clinton here, that hangs over this race.

“My precinct went to Trump by four votes. Only four votes! That’s maybe two houses, three houses,” said Mary McBee, 64, a retired teacher. “I don’t want to wake up the day after election to say what more could I have done to get those four votes from my precinct.”

As she walked through a Fort Pierce neighborhood — along with her friends, Ann Rogak and Dan Hersey — all three said they had never been as motivated during a campaign. The Trump presidency, they said, had pushed them to do all they could to find voters who were dissatisfied with the direction of the country. In 2016, they all voted for Clinton, but they know many did not.

“I swore to myself when this time came around, I was going to do everything I could to be active and participate,” said Hersey, 76, who delivered Biden signs from the back of his truck. “That’s why I’m out here.”

Hours later, Rogak stood on a busy intersection, waving a Biden sign to cheers — and a few jeers — from passing motorists. She said the astonishment from Clinton’s loss pushed her to act.

“I was devastated, surprised, and had no idea this was going to happen,” Rogak said. “From now on, I will do every single thing I can. There’s no stone unturned.”

Once again in Florida, signs of an exceedingly tight race are plentiful, with passionate support for Trump on display from flagpoles to front yards. Trump admirers say they are more driven than ever to help reelect the President, who they say is being unfairly blamed for the coronavirus.

“It’s absolutely ridiculous,” said Ann Aleksinas, 80, who stopped to chat as she carried her library book along the shopping district of Vero Beach. ” It’s a pandemic that’s all over the world, it has nothing to do with President Trump. He’s done his very, very best to protect the American people.”

She said she does not believe seniors will abandon Trump, declaring: “They’ve been around the world a few more times. They can see what’s going on.”

A question holding a critical piece to the November puzzle is just how many Trump supporters from 2016 have soured on the President. Trump campaign aides say it is only a sliver of his supporters and point to major voter registration gains among Republicans to close any gap.

George Edwards, a retired power plant worker, wants everyone to know that he regrets his Trump vote. He has two signs screaming his point from his front yard, with one saying: “I voted Trump. Never again. He’s guilty.” The other brands the President as a dictator.

“I want to defeat him — bad,” Edwards said, standing near his signs that draw angry retorts from Trump supporters passing by and bursts of applause from Biden fans. “I’m so, so scared.”