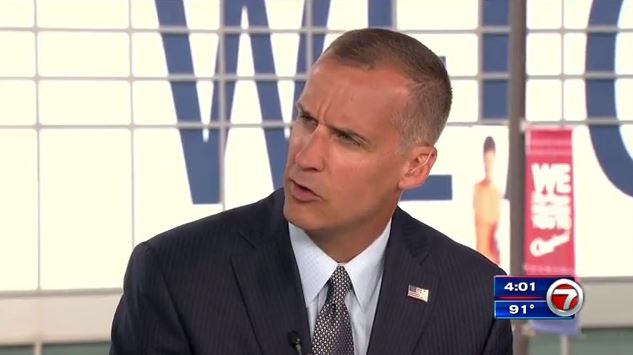 A look at the 2016 Republican National Convention through a media lens:

The good vibes from Melania Trump’s speech to the GOP delegates lasted about as long as it took to clear the room.

Generally well received by pundits in the immediate aftermath, stories quickly spread about similar passages in the prospective first lady’s address to one given by Michelle Obama in 2008 at the Democratic convention. Before the convention started up again Tuesday, it was the main media narrative, a full-fledged cable news conflagration.

“This is what we were so afraid of,” said MSNBC analyst Nicolle Wallace, a GOP consultant, suggesting the Trumps’ “marriage is on the line in how this is resolved.” A network chyron said Donald Trump was said to be furious about what happened.

CBS’ Charlie Rose said Monday night that Melania Trump “proved to skeptics she could be an asset in this campaign.” But by Tuesday morning, Rose talked about the controversy at the top of “CBS This Morning.” All of the network morning shows did, in some cases airing back-to-back clips of the passages for viewers to compare.

Monday night, ABC’s David Muir said Melania Trump accomplished what she had set out to do. By Tuesday’s “Good Morning America,” ABC’s Matthew Dowd said, “It’s going to look like the convention is already being mismanaged.”

LEWANDOWSKI’S SHOT: Before he was fired as Donald Trump’s campaign manager, there was little secret that Corey Lewandowski and Trump’s new backstage boss, Paul Manafort, didn’t get along. And while Manafort was minimizing the controversy over Melania Trump’s speech Tuesday, Lewandowski used his new perch as a CNN commentator to deliver a much different message. Lewandowski said whoever wrote the speech should be fired. When CNN’s Kate Bolduan asked whether Manafort should be held accountable, Lewandowski said, “I can tell you, when I was the campaign manager, the buck stopped with me and I’m sitting here with CNN now. What I think is, at the end of the day, if you’re the convention manager, you’re in charge of the convention. There is no detail too small.”

RATINGS: By a comfortable margin, Fox News Channel was the network of choice for convention viewers on the first night. During the 10 p.m. EDT hour, the Nielsen company said Fox averaged 6.35 million viewers, with CNN running second at 3.94 million. NBC topped the broadcast networks at 3.91 million, ABC had 3.64 million, CBS had 2.69 million, MSNBC had 2 million and PBS had 1.75 million.

LATE NEWS: CBS’ decision to go live with Stephen Colbert’s “Late Show” during convention week appears to have paid off, at least initially. The Nielsen company said Colbert beat rivals Jimmy Fallon and Jimmy Kimmel in preliminary overnight ratings for the first time since February, the day after the Grammys.

Colbert’s show on Monday featured an appearance by former Comedy Central mate Jon Stewart and Stephen Colbert — that’s Colbert, the character, from “The Colbert Report,” who came out of mothballs to define a new word: “Trumpiness.”