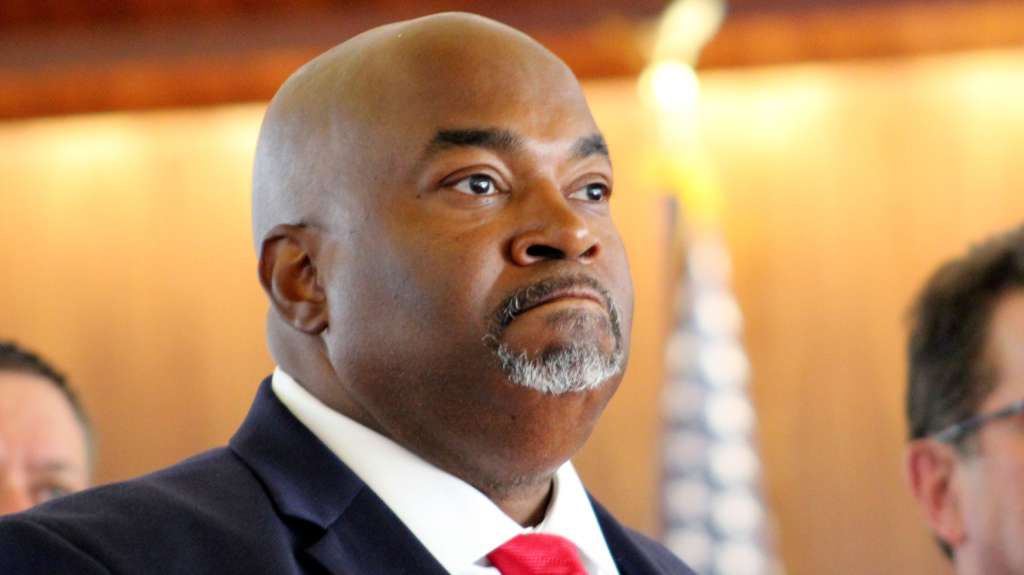 (CNN) — Some North Carolina state senators are calling for the resignation of North Carolina Lt. Gov. Mark Robinson, after video surfaced on social media this week in which the Republican says that “there’s no reason anybody anywhere in America should be telling any child about transgenderism, homosexuality — any of that filth.”

In the video, Robinson is seen speaking at Asbury Baptist Church in Seagrove, North Carolina, in June. The footage was posted Tuesday by Right Wing Watch, a project “dedicated to monitoring and exposing the activities and rhetoric of right-wing activists and organizations in order to expose their extreme agenda,” according to its website.

“I’m saying this now, and I’ve been saying it, and I don’t care who likes it — those issues have no place in the school. There’s no reason anybody anywhere in America should be telling any child about transgenderism, homosexuality — any of that filth. And yes, I called it filth, and if you don’t like it that I called it filth — come see me and I’ll explain it to you,” the lieutenant governor adds.

When asked to provide a comment regarding his statements, Robinson’s office said his remarks refer to education.

“Topics surrounding transgenderism and homosexuality should be discussed at home and not in public education,” his office said. “We must focus on reading, writing and mathematics in North Carolina. Our students have struggled with these topics even before the pandemic. Our primary focus needs to be helping our students succeed, not on topics that should be discussed at home.”

Robinson told CNN affiliate WTVD he wasn’t talking about equality when it comes to sexual orientation. “We are not talking about the fight for equality, and if those people want to challenge me on that, that’s fine,” he said. “What I’m talking about are intimate details and, yes, there is material out there that shares intimate details about homosexuality, about sexuality in general, to our students. That has got to stop.”

Democratic state Sens. Jeff Jackson and Wiley Nickel have called for Robinson to step down in light of the remarks.

“There’s no debate here. This is open discrimination. It is completely unacceptable,” Jackson, a candidate for US Senate in 2022, said in a tweet. “Mark Robinson should resign.”

Nickel added in a post that “Mark Robinson is a disgrace and an embarrassment to our state – he should resign immediately.”

“I stand with the LGBTQ Community and hope you will join me in condemning this hate speech from the most senior Republican elected official in our state,” he continued.

Democratic Gov. Roy Cooper’s office told CNN in a statement that “North Carolina is a welcoming state where we value public education and the diversity of our people. It’s abhorrent to hear anyone, and especially an elected official, use hateful rhetoric that hurts people and our state’s reputation.”