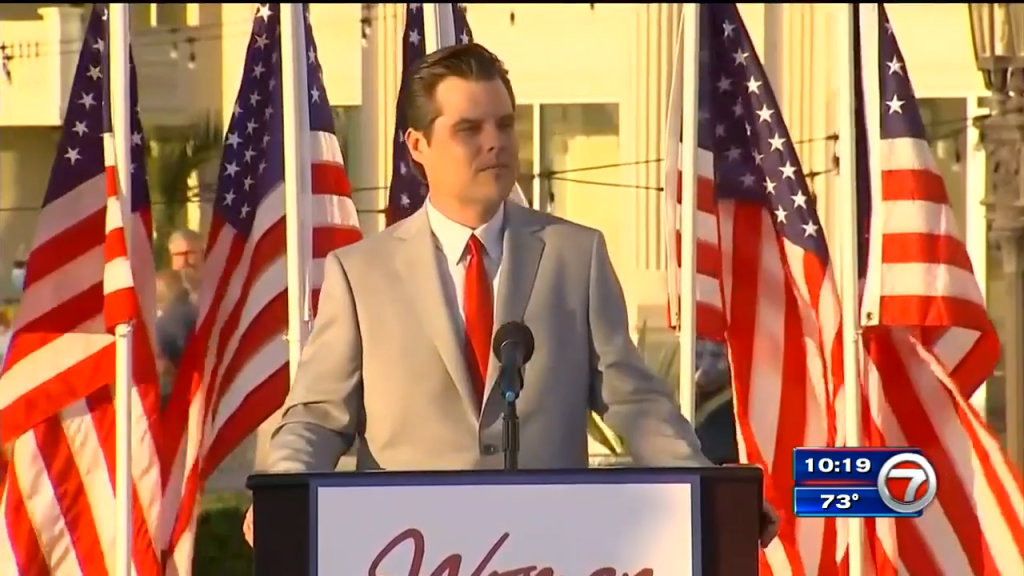 Instead, they held a protest outside City Hall in Riverside, where one of the events was canceled. An Anaheim spokesman had announced the latest cancellation hours before the rally was scheduled to begin.

“Here’s what they need to understand,” Green told the crowd, according to the Press-Enterprise. “We’re going to put America first, we will not back down.”

Gaetz spoke next, saying, “Do you know why they’re so afraid of Matt Gaetz and Marjorie Taylor Greene? Because we fight for you, not them,” according to the newspaper.

Shouts and arguments broke out between the lawmakers’ supporters and counterprotesters who gathered nearby.

Spokesman Mike Lyster said city officials “shared our public safety concerns with the operator and the operator shares the concerns,” the Press-Enterprise reported.

“We respect free speech and we are capable of holding events,” Lyster said. “But it was the lack of advance notice for an event that would attract the attention at the level this one would that has raised issues for our city.”

Lyster also said city officials had “concerns about the nature of the event and that it does not reflect the city of Anaheim and the values we share.”

Two venues in nearby cities previously cancelled plans to host the event.

The two far-right members of Congress billed the event as an “America First” rally, part of a series they have spoken at this year.