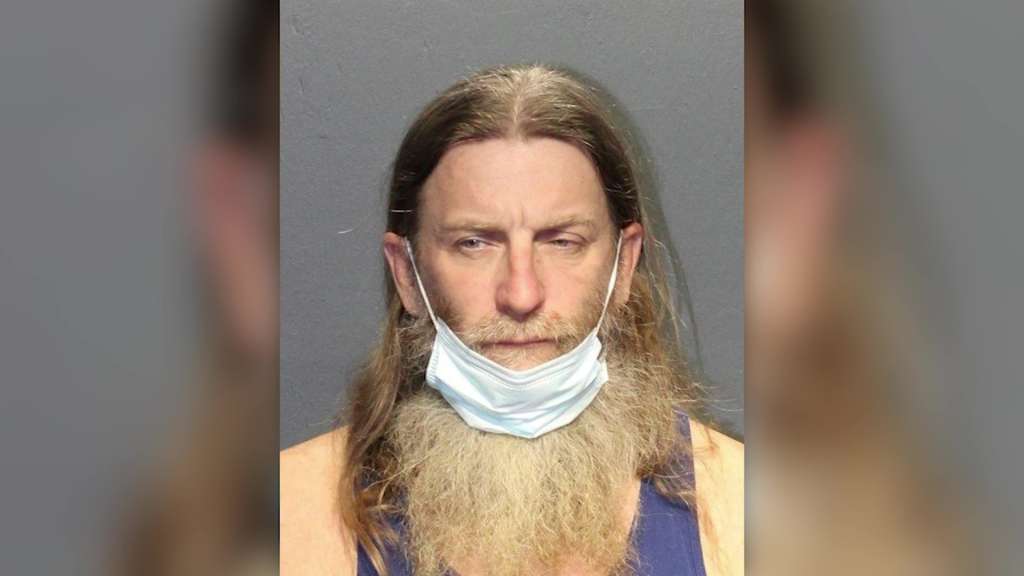 Robert Keith Packer, 56, was arrested in Newport News, where he lives. He was charged with violent entry and disorderly conduct on Capitol grounds, and knowingly entering or remaining in any restricted building or grounds without lawful authority.

A law enforcement official said Packer is the man who is seen in a photo inside the Capitol wearing a sweatshirt with the name of the Nazi concentration camp where about 1.1 million people were killed during World War II. The sweatshirt also contained the phrase, “Work brings freedom,” a translation of “Arbeit macht frei,” the German phrase that appeared on the camp’s entrance. The official spoke on the condition of anonymity because the person was not authorized to release details of the case.

The photo of the man in the sweatshirt caused an uproar on social media.

During a virtual hearing held Wednesday through a federal court in Norfolk, a federal prosecutor said the government would not be seeking detention for Packer.

A federal judge said Packer would be released promptly on a personal recognizance bond. One of the conditions of his release includes barring Packer from visiting Washington unless it’s for a court appearance. His case and others are being prosecuted out of a federal court in the District of Columbia.

Packer said he intends to hire his own lawyer, as opposed to a court-appointed attorney. But he did not identify who would represent him in the case.

A Capitol police officer died from injuries suffered in the riot, and police shot and killed a woman during the siege. Three other people died in what authorities said were medical emergencies. Lawmakers had to scramble for safety and hide as rioters took control of the Capitol, delaying by hours the tally of Electoral College votes that was the last step in finalizing Biden’s victory.

Court records for Sweet show he faces similar counts as Packer does, including violent entry and disorderly conduct on Capitol grounds.

Sweet was charged along with five other people who police said were on the upper level of the United States Capitol Visitors Center, near the door to the House Atrium.

Capitol police ordered the crowd to leave, and the crowd responded by shouting and cursing at the officers, the complaint states. Police said Sweet and the five others “were positioned towards the front of the crowd, close to the Capitol police officers who were responding.”

“The six individuals, like others in the larger crowd, willfully refused the order to leave,” the complaint says.