More cruise ships under CDC investigation due to COVID cases 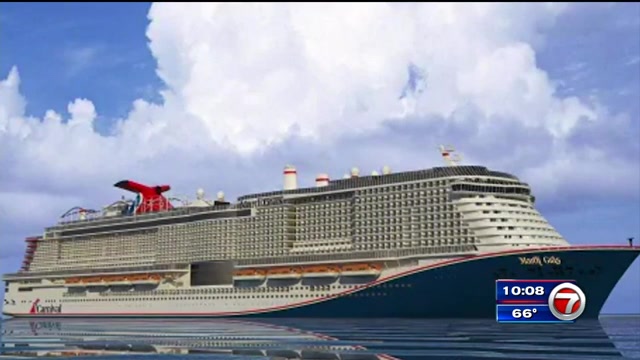 MIAMI (AP) — The U.S. Centers for Disease Control and Prevention is investigating more cruise ships due to new cases of COVID-19 as the omicron variant drives extremely high infection levels in the industry hub of Florida.

The CDC said 88 vessels are now either under investigation or observation, but it did not specify how many COVID-19 cases have been reported. Four other vessels are also being monitored by the CDC as well.

Florida hit a new record for daily cases on Tuesday with 46,900 new cases in a day. Since Christmas, the state’s 7-day average of daily cases has surpassed previous records set during last summer’s surge, rising to 29,400 infections.

Coronavirus hospitalizations in the state have also risen from about 1,200 patients two weeks ago to about 3,400 on Wednesday. But that is still less than one-fifth the number of hospitalizations reported in late August due to the delta wave.

Democratic Sen. Richard Blumenthal is calling for the CDC and cruise lines to again halt cruise travel, six months after the industry mounted its comeback.

“Our warnings have proved sadly prescient and continuously compelling. Time for CDC and cruise lines to protect consumers, again pause — docking their ships,” the Connecticut senator posted on Twitter.

Cruise lines have not announced any plans to halt cruising.

None of the ships so far appear to have so many cases that they would overwhelm medical resources on board and require a return to port. But some have been denied entry at some foreign ports.

Several Florida-based ships have reported outbreaks. The Carnival Freedom was denied entry to Aruba and Bonaire after an undisclosed number of passengers and crew aboard caught the virus.

Some cruise ships have not been allowed to disembark in Mexican ports due to cases reported, bringing to memory the early days of the pandemic when cruise lines negotiated docking plans as ships were being turned away by officials worried about the virus’s spread.

The Mexican government said Tuesday it would allow cruise ships with reported coronavirus cases to dock. The country’s Health Department said passengers or crew who show no symptoms will be allowed to come ashore normally, while those with symptoms or a positive virus test will be quarantined or given medical care.