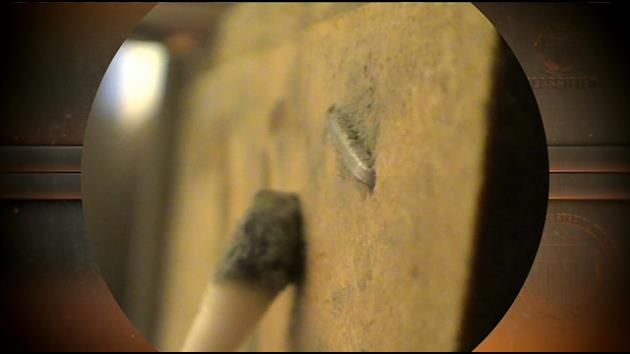 There’s nothing good about a mold infestation in your home, but for one family, mold has made a mess of their lives. Investigative reporter Carmel Cafiero is On the Case.

WSVN — When the mold started, it didn’t stop.

It spread throughout Chanel Charlton’s apartment. There was so much on the back of a dresser in her children’s room, it looked like marble.

Chanel Charlton: “Both of my daughters have asthma. Both of them asthmatics.”

It was late last year when 7News first reported on mold problems in Chanel’s apartment at Kennedy Homes, an affordable living complex in Fort Lauderdale. Chanel says she was told the problem was an improperly installed air conditioner and that her apartment would have to be completely rebuilt.

7News had the mold in the apartment tested.

John Shane: “An abundance of aspergillus.”

John Shane: “We would not count this because we would count into the millions.”

John Shane: “Aspergillus is not healthy. Aspergillus is a disease-causing mold, but it also causes allergies and triggers asthma.”

After our inquiries, Chanel and her two children were moved to this hotel. She says they spent Christmas here, but then moved in with a friend after the city would no longer pay for the hotel.

They have now moved into another apartment complex, but Chanel’s mold misery is far from over. She has next to no furniture, and she says she has not received her security deposit despite a promise from the apartment manager.

Chanel Charlton: “He said, ‘Yes, no later than next Thursday.’ That was January, I believe, 8th, and still no deposit returned.”

She also says she has received zero compensation for her infested furniture and belongings.

Chanel Charlton: “I feel past taken advantage of, and I just feel like they’re sweeping it under the rug because I’m just one person.”

Carmel Cafiero: “We reached out to the manager of the complex. He told a 7News producer he could not get involved and hung up without providing any information.”

We ran into the same kind of brick wall as Chanel. Despite repeated phone calls, we received no information. From the housing authority, from the complex’s attorney, from the builder or from the City of Fort Lauderdale.

But we apparently had some impact. After our calls, Kennedy Homes returned Chanel’s $600 security deposit.

Chanel Carlton: “It was so many things had mold on them. So many things I didn’t take. If you look around, I have nothing.”

As her children sleep on an air mattress and live out of bags and boxes, their mom is left to wonder why a problem not of their making is making their lives miserable.