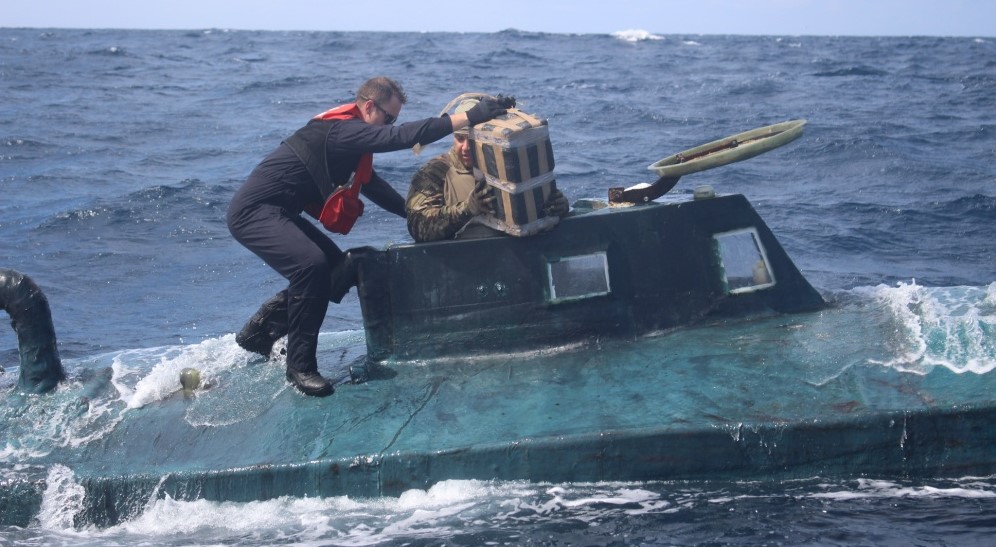 According to the USCG, while on routine patrol in the Eastern Pacific, the Coast Guard Cutter Valiant interdicted a self-propelled semi-automatic sub carrying approximately 12,000 pounds of cocaine worth over $165 million.

Over 1,100 pounds of cocaine were recovered and offloaded during the operation. The remaining drugs on the vessel could not be safely extracted due to stability concerns of the vessel.