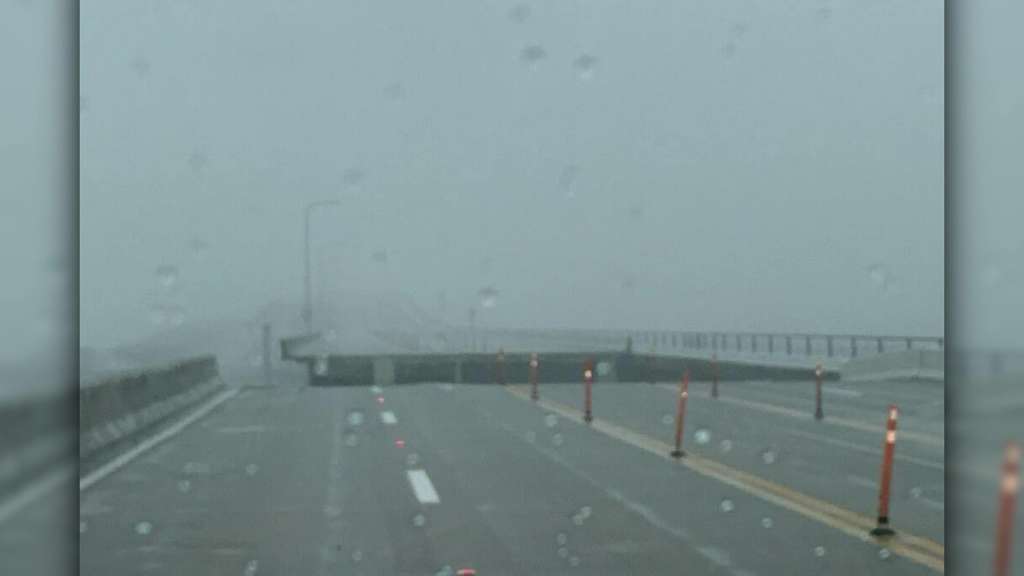 (CNN) — A section of the newly built Pensacola Bay Bridge, known to locals as the Three Mile Bridge, is missing as Hurricane Sally pummeled the Florida Panhandle, authorities said.

Escambia County Sheriff David Morgan said at a news conference on Wednesday that an assessment had been done earlier that morning, though he didn’t indicate the extent of the damage to the bridge, which connects Pensacola to the city of Gulf Breeze.

The city tweeted that the Three Mile Bridge was closed, along with a photo of what appears to be a crane on top of it.

“Please be advised Pensacola three mile bridge is closed,” the tweet reads. “Do not venture out. STAY OFF THE STREETS to allow emergency personnel access. Stay tuned for further updates.”

The latest damage from the storm comes just a day after a barge struck the bridge, prompting authorities to close it just before 9 a.m. on Tuesday.

The Florida Department of Transportation (FDOT) was sending a team to assess the damage from that incident, CNN affiliate WEAR reported on Tuesday.

FDOT announced that the original Pensacola Bay Bridge was structurally deficient in 2010, and a $430.2 million project was launched to replace it.

The eastbound structure of the bridge opened in September 2019. A path for pedestrians and bicyclists opened last month, and the construction of the westbound structure connecting Gulf Breeze to Pensacola is expected to be completed by late 2021.

Devastation from the storm in Florida has been bad, Morgan said, comparing it to that of Hurricane Ivan in 2004.

Floodwaters have turned streets into rivers in Pensacola images from The Associated Press show. Pieces of hazardous debris “have become too numerous to list,” police there warned.

On Pensacola Beach, sounds of transformers exploding and metal scraping along the ground — debris from torn roofs — could be heard early Wednesday.

“It’s going to take a considerable amount of time to clean this up,” Morgan said.

He anticipated that thousands of residents would need to be evacuated due to flooding and covered roadways and urged residents to stay indoors. There are no reports of deaths or injuries at this time, he said.