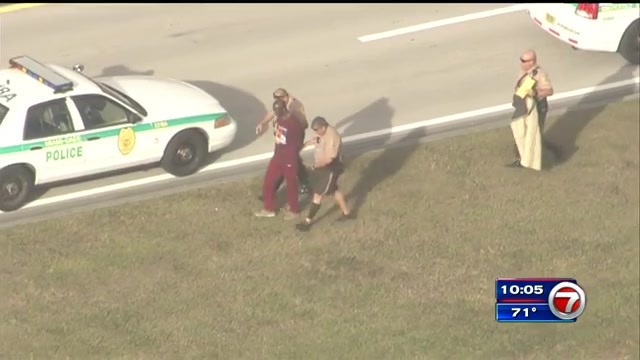 Miami-Dade Police managed to respond to the scene, apprehend the man who walked across the tarmac and put him in handcuffs, Monday, just before 4 p.m.

According to police, it appears that the man was trying to take a shortcut.

Miami-Dade Police received the call about a man dressed in red who ran across the runways.

Security from both sides of the fence, located near the perimeter road on the southside of the airport, responded.

7Skyforce HD flew over the scene as police detained the subject and placed him in a police car.

Police said that the subject was dropped off at MIA in the afternoon to fill out an application. When he realized he was in the wrong place, he decided to jump the fence and tried to run across the runways.

No one was injured.

The subject will face an undisclosed amount of charges.