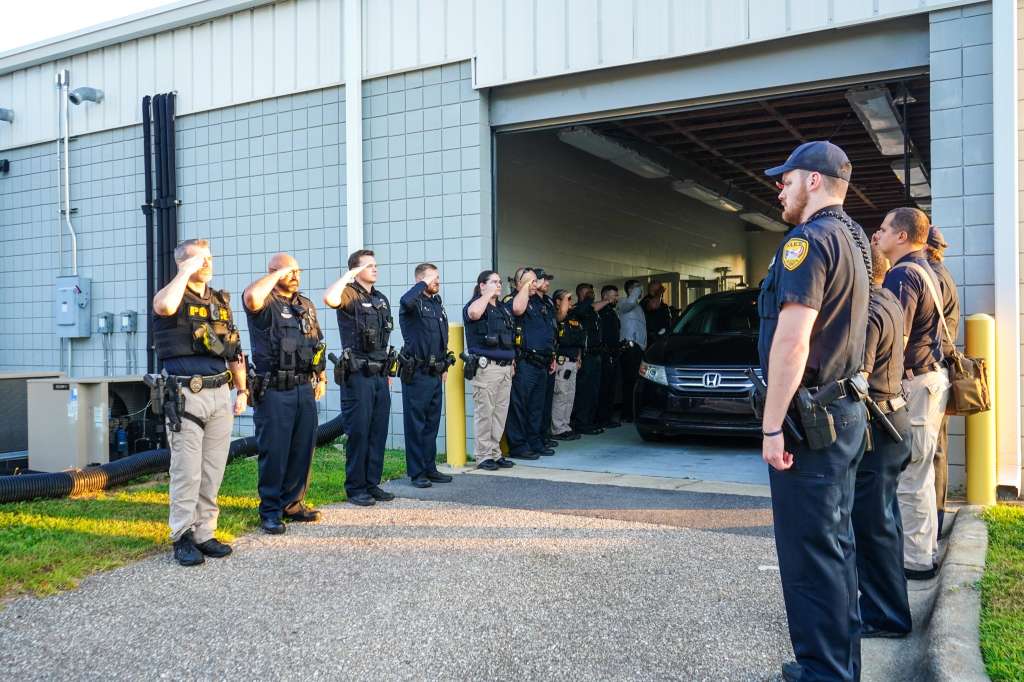 TALLAHASSEE, Fla. (AP) — A Florida police officer died early Wednesday after a crash with a shooting suspect who had fled a home after wounding three relatives, authorities said.

The crash occurred shortly after midnight in the Florida capital city of Tallahassee, police and sheriff’s officials said in a statement. The statement by Tallahassee police and the Leon County Sheriff’s Office didn’t immediately identify the officer.

Authorities said a 37-year-old man had shot and wounded three family members at his home and fled in his vehicle, officials said. A Leon County deputy first spotted the man’s vehicle and was followed soon after by the officer.

The suspected shooter turned his vehicle around at one point, officials said. While driving toward oncoming traffic, police said the man’s vehicle collided with the officer’s vehicle at an intersection.

The officer died after being taken to a hospital, officials said. The suspect sustained injuries that weren’t considered life-threatening and was later booked into the county jail, where he was being held without bond. He is charged with aggravated assault with a deadly weapon, homicide and possession of a weapon by a convicted felon.

Two of the shooting victims suffered injuries that weren’t considered life-threatening, while the third was in stable condition, according to officials.