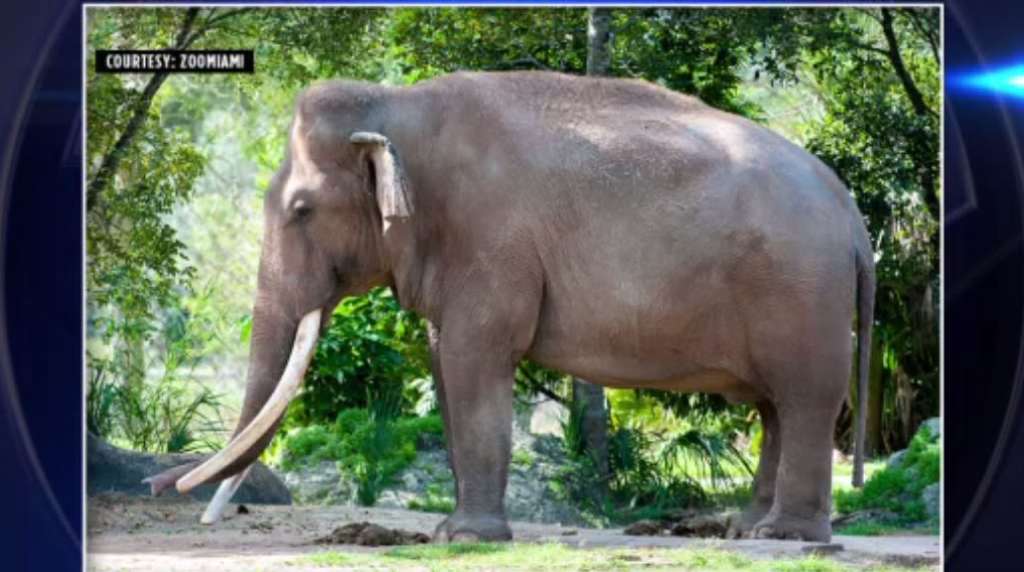 SOUTHWEST MIAMI-DADE, FLA. (WSVN) - Zoo Miami officials on Thanksgiving Day announced the passing of an elephant described as a “patriarch” and “a true legend.”

In a statement, the zoo’s communications director, Ron Magill, confirmed Dalip was “humanely euthanized” on Thursday afternoon after the 56-year-old Asian elephant was found lying down in his habitat and unable to get up.

Officials said Dalip was believed to be the oldest elephant bull in the country.

“We’re heartbroken to say goodbye to our Asian elephant, Dalip. He served as an ambassador for his species and brought smiles to the faces of Zoo Miami visitors for over four decades,” she said.

Zoo officials said Dalip was the last mammal at Zoo Miami that originally lived at the Crandon Park Zoo on Key Biscayne, the predecessor to Miami MetroZoo and now Zoo Miami. He arrived from India as a 1-year-old calf in August 1967.

“His loss leaves a massive hole in the hearts of all who knew him, and he will forever remain an iconic figure in the zoo’s history,” the zoo’s statement read.