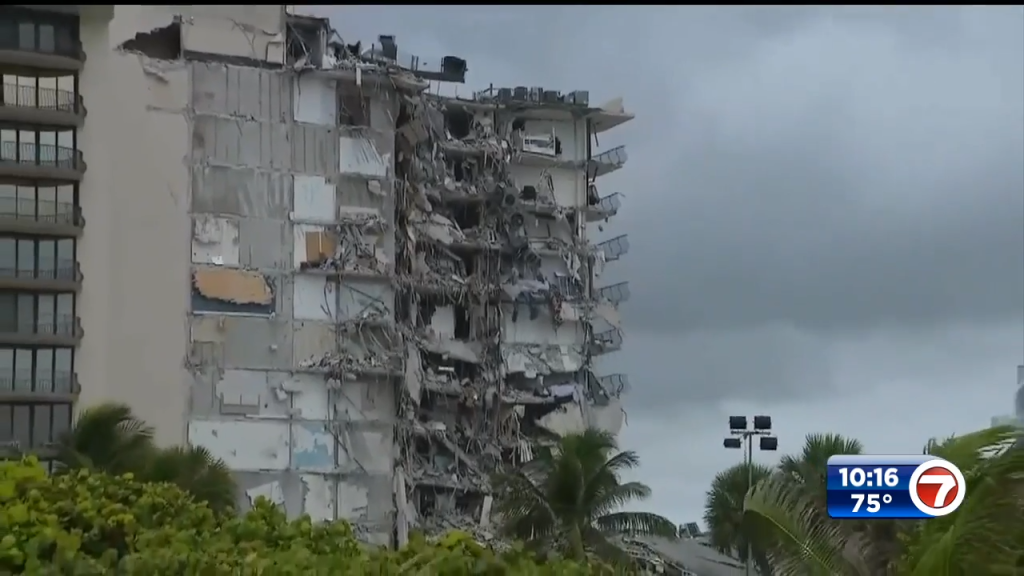 Money from the sale of the Surfside beachfront property where a collapsed condominium tower once stood will be used to pay property taxes of the destroyed units, a judge ordered Monday.

Miami-Dade Circuit Judge Michael Hanzman said in a brief ruling that the 2022 tax payments should not be deducted from the $96 million previously earmarked to compensate owners of the 136 units of Champlain Towers South in Surfside, Florida. The building collapsed June 24, 2021, killing 98 people.

Instead, Hanzman said the taxes should not be paid by the owners. Instead, the taxes — a little under $800,000 combined, county officials say — should be paid from excess funds available from the $120 million sale of the land formerly occupied by the 12-story building.

The issue arose after the court-appointed receiver in the case, attorney Michael Goldberg, told unit owners in a letter they would be liable for the taxes just as if their condos had been sold. The judge’s order came just after the Miami Herald published a story Monday about the unresolved tax matter.

Champlain Towers property taxes for 2021 were waived last year by the state Legislature and Gov. Ron DeSantis. But until Hanzman’s ruling, there was no effort to forgive the 2022 tax bills.

The judge said that Goldberg, as the receiver, “has had actual possession of the property throughout 2022” rather than the unit owners. The tax amounts vary based on a unit’s size and where it was located.

The judge in June approved a $1 billion fund for people who lost family members in the collapse, as well as those who suffered physical or mental injuries. The $96 million is for loss of property, including the condo units themselves.

The money comes from 37 different sources, including insurance companies, engineering firms and a luxury condominium whose recent construction next door is suspected of contributing to structural damage of Champlain Towers South. None of the parties admit any wrongdoing.

A billionaire developer from Dubai is purchasing the 1.8-acre (1-hectare) beachside site for $120 million, contributing to the settlement.

Hanzman has been conducting a series of hearings on individual claims by collapse victims about the amount of compensation for a family member’s death, which he recently described as harrowing.

“It’s a brutal process,” the judge said. “I just don’t want to cause these families any more stress.”

Champlain Towers South had a long history of maintenance problems and questions have been raised about the quality of its original construction and inspections in the early 1980s. Other possible factors include sea level rise caused by climate change and damage caused by salt water intrusion.

A final conclusion on the cause is likely years away. The National Institute of Standards and Technology is overseeing the investigation.