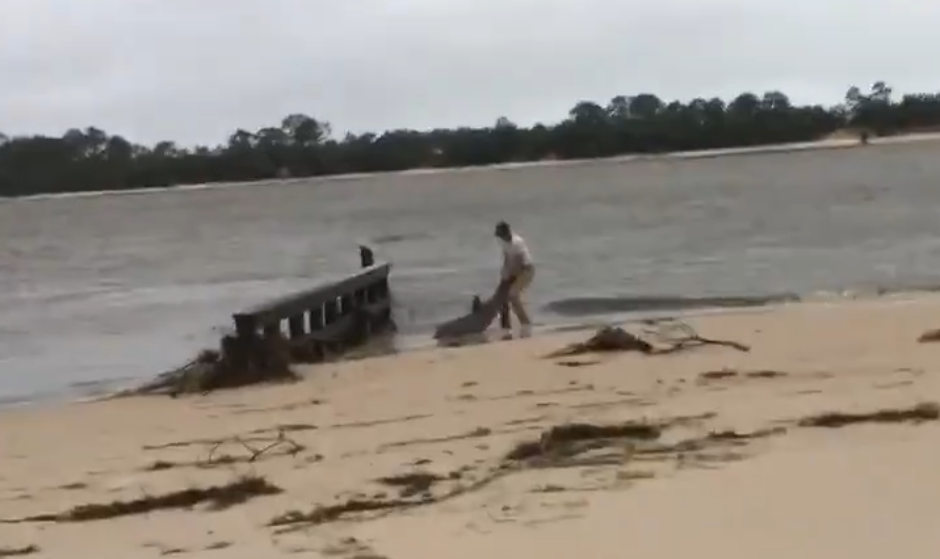 PORT SAINT JOE, Fla. (WSVN) — Two bystanders came to the aid of a stranded dolphin in the aftermath of Hurricane Michael as they surveyed damage from the storm.

Justin Squire and Renee Burns were with a group of people at the Indian Pass Campground in Port Saint Joe when he spotted something moving in the water by what used to be a boat ramp, Fox 13 reports.

Video shows Squire jumping out of his vehicle and running toward the water to help a dolphin trapped on the boat ramp’s edge just under the surface.

Squire pulled the animal onto the open beach to free it, then pushed it back into the water.

Burns, who took the video, could be heard saying she watched the dolphin come back up to the surface as it swam away, saying it appeared to be OK.