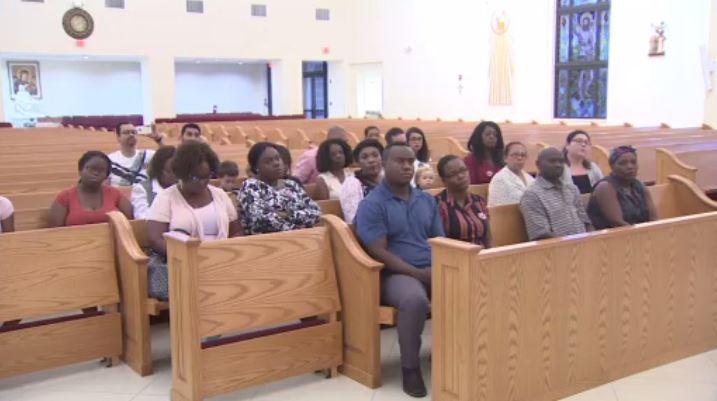 MIAMI (WSVN) - Members of Florida’s hospitality union gathered in Miami to rally for a longer extension for Haitian immigrants living in the United States.

The hospitality union, Unite Here, met at the Notre Dame D’Haiti Catholic Church, Tuesday night, to continue the push for a longer extension to the Temporary Protected Status for Haitian immigrants in South Florida.

The Department of Homeland Security announced a six-month extension of the TPS for over 50,000 Haitian immigrants, but the union said that isn’t enough time for the island nation to prepare for the tens of thousands who may have to return.

The Trump administration will decide if they should grant a further extension in November.

The TPS was granted by the Obama administration in the wake of the 2010 earthquake, which claimed hundreds of thousands of lives in the Caribbean country. It allows Haitians to live and work freely in the U.S.