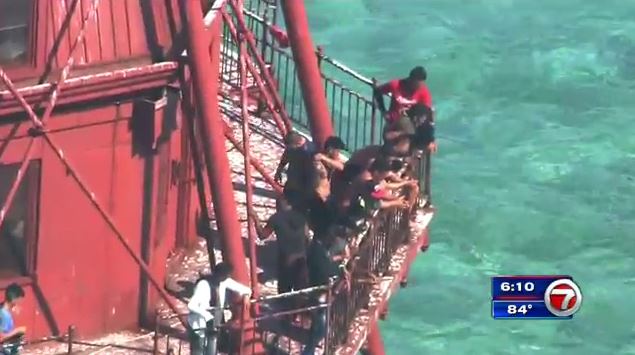 MIAMI (AP) — Attorneys for a group of Cuban migrants want a federal judge to allow them to remain in the U.S. after they climbed onto a lighthouse offshore from the Florida Keys but never reached dry land.

A judge in Miami is holding a hearing Thursday to decide whether the 21 Cubans can stay in the U.S. or must be returned to Cuba. U.S. officials say the American Shoal lighthouse south of Sugarloaf Key does not qualify as American territory under the “wet foot, dry foot” policy.

Under that policy, Cubans who reach U.S. shores are usually allowed to stay, while those intercepted at sea are generally returned to the communist island.

The migrants’ lawyers say the 136-year-old lighthouse is U.S. territory despite being about seven miles from land.