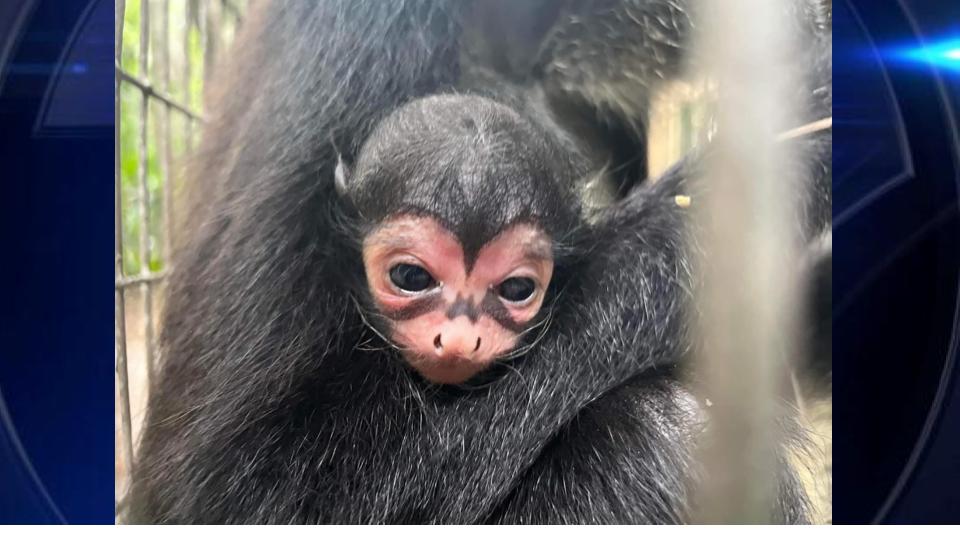 The Brevard Zoo in Melbourne, Florida, announced the birth of a spider monkey in a blog post. But it’s not just any spider monkey: The newborn has a unique marking in the shape of the “Batman” symbol on its nose.

The “Bat-Signal,” showing the silhouette of a bat extending its wings, is used throughout the DC Comics series as a distress signal to summon Batman.

The distinctively marked baby was born to 31-year-old female Rochelle and 25-year-old male Shooter on April 15.

“The youngling is doing well, holding on strong to mom and nursing successfully,” wrote the zoo. The young monkey’s sex is still not known. The zoo noted that Rochelle is an experienced mother and that other members of the spider monkey troop have checked in on the mother and child.

Black spider monkeys, found throughout eastern South America, are classified as “vulnerable” to extinction, according to the World Wildlife Fund. Their population has declined due to the destruction of tropical rainforests and hunting.

“Every Zoo birth is a safeguard against losing these precious species in their natural range,” says the Brevard Zoo.