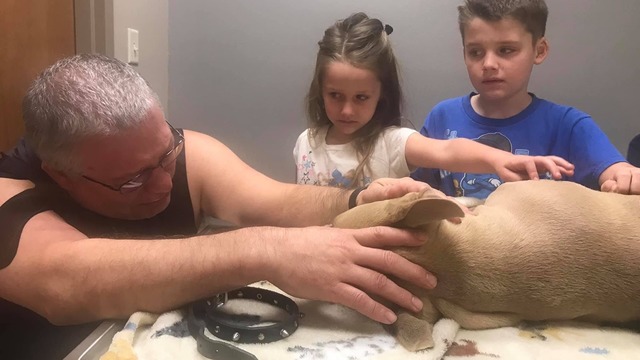 (WSVN) - A Florida family is mourning the loss of their dog after he died trying to protect their children from a snake.

“I knew when he first came in that something was wrong and [it] was very traumatic because I knew he was dying,” Gary Richardson told the station.

The snake attack happened on Monday while the kids were outside cleaning the dog’s water dish.

“All of a sudden, he started attacking the snake, which was close to my son, and he was bit four times,” Gary recounted.

The family rushed Zeus to the vet in hopes he could receive treatment in time. He passed away the following day.

Now the Richardsons have been left devastated following the loss of their dog that they’ve had since he was born in January.

They’re thankful for his heroic actions that day.

“Pit bulls are the most loyal dog I know of, and I’ve had a lot of different animals in my life,” Gary said.

“If you find [a pitbull] that’s aggressive, most likely, it’s because they weren’t treated right,” Gina added. “If you treat them right, they would give their life for you, and I owe my son’s life to him.”