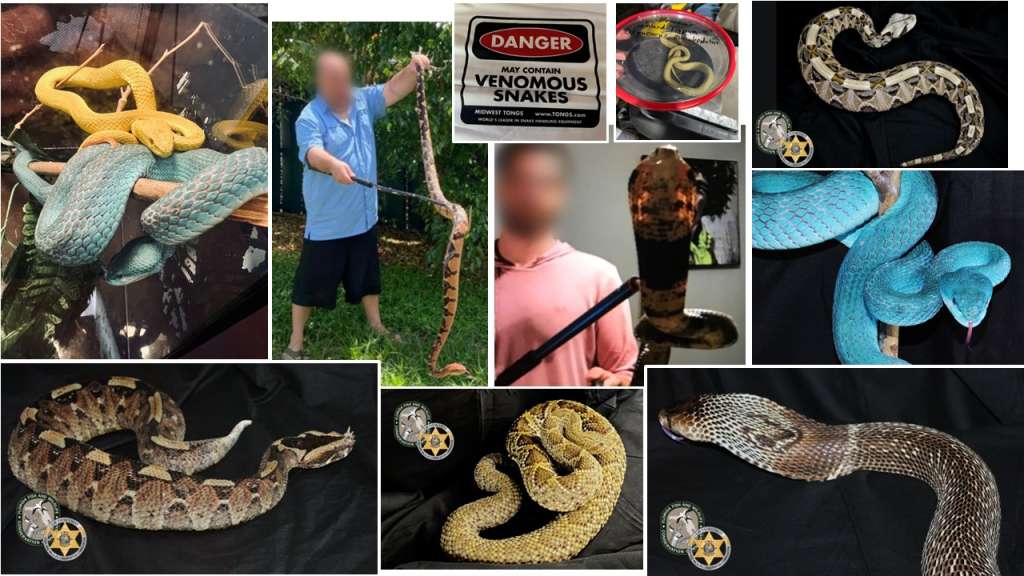 Over the course of the two-year investigation, nearly 200 snakes, consisting of 24 species from seven different regions of the globe, were purchased or sold by undercover investigators to or from wildlife traffickers, the FWC said in a news release.

“Some of these snakes are among the most dangerous in the world,” said FWC Maj. Randy Bowlin. “Florida’s rules and laws are in place to protect the public and prevent tragedies from occurring.”

Officials said much of the illegal activity was initiated on closed social media pages or specialized websites.

“Once these black-market deals were arranged, violators quickly transitioned to in-person meetings where they arranged to buy or sell potentially deadly species to undercover officers with full knowledge that they were unlicensed and could not purchase these snakes legally,” the FWC said in a news release. “Some of these individuals included wholesale dealers who imported large shipments of nonnative venomous snakes from multiple countries around the world.”

Wildlife trafficking ranks fourth behind drugs, weapons and humans in global activity. According to the Wildlife Conservation Society, illicit wildlife trafficking is estimated to be between $7.8 billion and $10 billion per year.