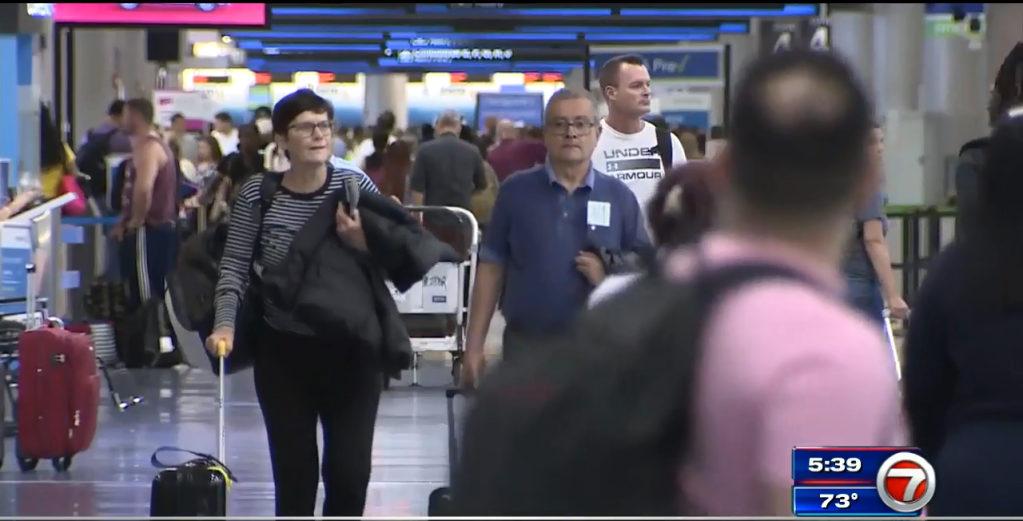 (CNN) — The question has vexed epidemiologists for weeks now: How has Florida kept the coronavirus in check, given that official shutdown orders came so much later there than in other states?

One answer, according to data analysis from the Tampa Bay Times, is that many Floridians stopped traveling long before their county or state stepped in.

The Times looked at data from Google, Descartes Labs and Unacast, three companies that use location data to determine whether people are socially isolating.

Despite Florida’s later action, the data showed that people sharply cut their travel well before their counties and the state issued stay-at-home orders.

For example, in the five days before Miami-Dade County’s March 26 stay-at-home order, more than half the phones tracked by Descartes Labs never traveled more than a mile, according to the Times. That was a drop of more than 80% compared with data collected from mid-February to early March.

The analysis confirms what experts told CNN earlier this month as DeSantis took credit for the comparatively low infection and death rate in Florida.

Florida, the country’s third-most populous state, has had over 40,000 confirmed coronavirus cases and over 1,700 deaths, according to data from Johns Hopkins University. Its infection rate and death rate per capita have been well below those of other states, and experts are torn as to why that is.

Florida remains an enigma, according to multiple epidemiologists who spoke to CNN — a place where unique factors like “car culture,” lower density in parts of the state outside of Miami, less frequent use of public transportation and possibly even heat and humidity may have slowed transmission of the coronavirus.

Still, they worry that the Sunshine State will see a second wave of coronavirus cases as restaurants and many businesses open their doors.

Ali Mokdad, a professor of global health and health metrics sciences at the University of Washington’s Institute for Health Metrics and Evaluation, similarly told CNN that mobility data showed that many older Floridians started social distancing long before DeSantis issued his stay-at-home order.

Mokdad also emphasized that the stringent measures that local officials enforced in places like Broward and Miami-Dade counties beginning in late March were critical in limiting the spread.

“We are really puzzled by Florida,” said Mokdad, who has a home in Daytona Beach and has kept a close eye on the data. What is clear, he said, is that Floridians “took it seriously. They practiced social distancing, even when the governor didn’t say practice social distancing” as they watched the virus ravage Italy and New York.

DeSantis took a victory lap this month as he prepared to reopen the state, touting his “tailored” and “surgical” approach to stay-at-home orders as the central reason Florida has so far defied the dire predictions that it would become “way worse than Italy.”