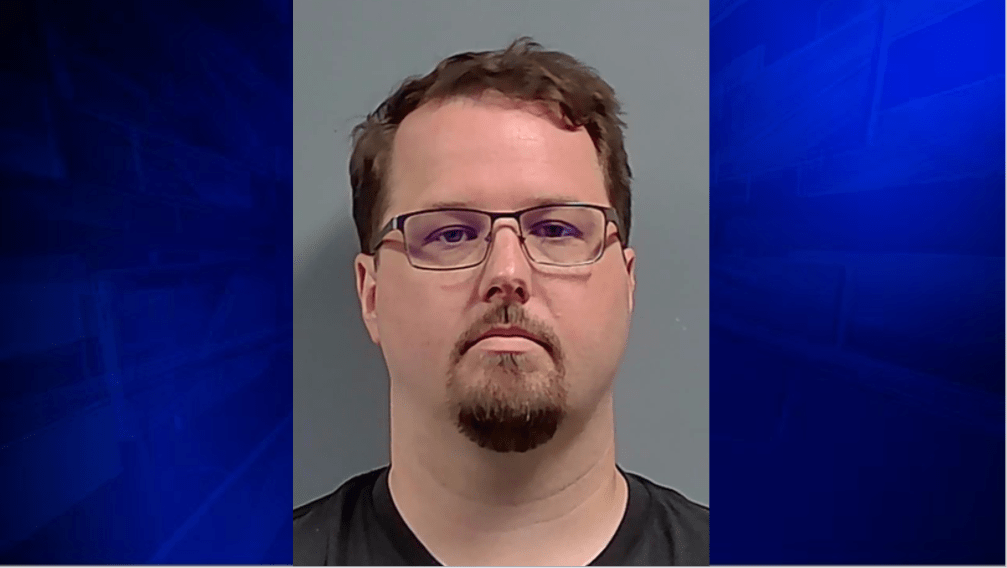 PENSACOLA, Fla. (AP) — A Florida Panhandle church youth director who was already facing video voyeurism charges after a hidden camera was found in a bathroom has been arrested again, officials said.

It was the third arrest on similar charges in less than two months for the youth director at Calvary Baptist Church in Pensacola. The videos showed people using the restroom at the church, officials said.

Nims was arrested June 7 after a 14-year-old boy saw a camera under a sink in the youth hallway of the church, according to an arrest report. He was released from jail later that day after posting $10,000 bond.

Escambia County Sheriff’s investigators arrested Nims again on June 11 after they found more than 100 images of child pornography while executing a search warrant at his home, records show.

Nims was booked into jail, held on $10,000 bond and released from custody on June 14, records show.

The newspaper reported that Nims’ latest arrest is also related to the search warrant that was executed on his home in June.

During the search, deputies found one SD card and four micro SD cards in Nims’ pants pocket. The cards contained videos of at least eight people who were filmed without their knowledge while using the church restroom, an arrest report said.

The newspaper reported at least three of the videos depicted juveniles in the restroom.

It was not immediately known if Nims has a lawyer to speak on his behalf.

In June, church Pastor Walt Magaha told the newspaper his congregation was “saddened” by the arrest.

“We stand ready as a church to provide care and ministry to anyone or any victims who come forward as we are informed,” he said.