Florida woman stabbed by ex-boyfriend marries firefighter who rescued her 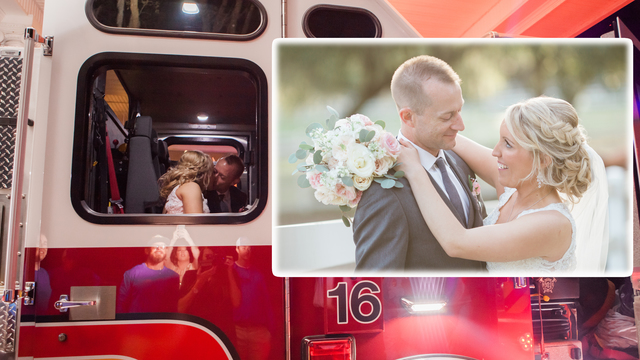 TAMPA, FLA. (WSVN) - A Florida woman survived a horrific attack, and ended up marrying the man who rescued her.

Five years ago, Melissa Dohme’s ex-boyfriend asked her to meet him one last time for closure. But once she arrived, he stabbed her 32 times and left her for dead.

She almost died four times, and fell into a coma from losing so much blood, Fox 13 reports. She also suffered a stroke and had facial paralysis.

Ten months later, Dohme met Cameron Hill, one of the firefighters who helped save her life, at a luncheon held in her honor. Hill had carried her from an ambulance to a helicopter the day of the attack.

Hill invited Dohme to the firehouse for dinner with him and the rest of the crew. From there, they were inseparable, and he was by her side throughout her recovery with multiple surgeries and physical therapy.

“Cameron helped to learn to trust again, to feel safe – to put my heart out there again,” Dohme told Fox News. “He showed me what real love is.”

Hill proposed at a Tampa Bay Rays game in 2015, popping the question on the pitching mound. But they waited until she recovered from nerve surgeries for the wedding.

“I wanted to be able to smile on my wedding day,” she said.

The couple says they got their dream wedding thanks to multiple Tampa-area businesses, who donated their services after hearing about Dohme’s story of survival.

Dohme says that, through all of the pain she endured, she is glad it led her to her husband.