Florida man asks for lighter sentence, gets life instead 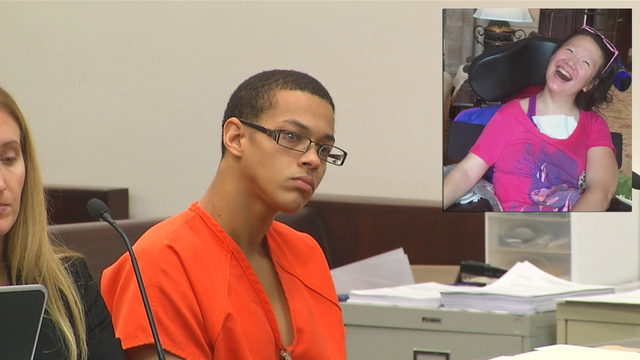 (WSVN) - A Florida man convicted of raping, beating, and leaving a teenage girl for dead nine years ago was sentenced to life in prison, after he requested a lighter sentence.

Kendrick Morris had originally been sentenced to 65 years in prison for the crime. But after a Supreme Court decision ruled that lengthy sentences for juvenile offenders were unconstitutional, Morris was granted a re-sentencing hearing, Fox 13 reports.

Morris was convicted of the violent attack against Queena Donato back in 2008. The then 18-year-old was dropping books off at a public library in Valrico, near Tampa, when Morris attacked her. Prosecutors said Morris raped and beat Queena so violently, she no longer can see, talk, or walk on her own.

But upon reading the case, the judge increased Morris’ sentence from 65 years, to life in prison.

“These crimes were particularly atrocious and cruel,” Judge Chet Tharpe said during the hearing. “Life sentences are the only appropriate sentences in this case.”

“I want to say that it’s a victory but it seems wrong to say that,” Anna Donato told Fox 13. “I believe justice was served. But in the end both lives are now sentenced to life and it’s just such a sad and unfortunate situation for everybody involved.”

Donato continued, “It’s always difficult to relive that day, but it’s just a reminder of how horrific the crime was.”

Morris was also sentenced to life for another violent rape in 2007, where he attacked a 62-year-old day care worker.