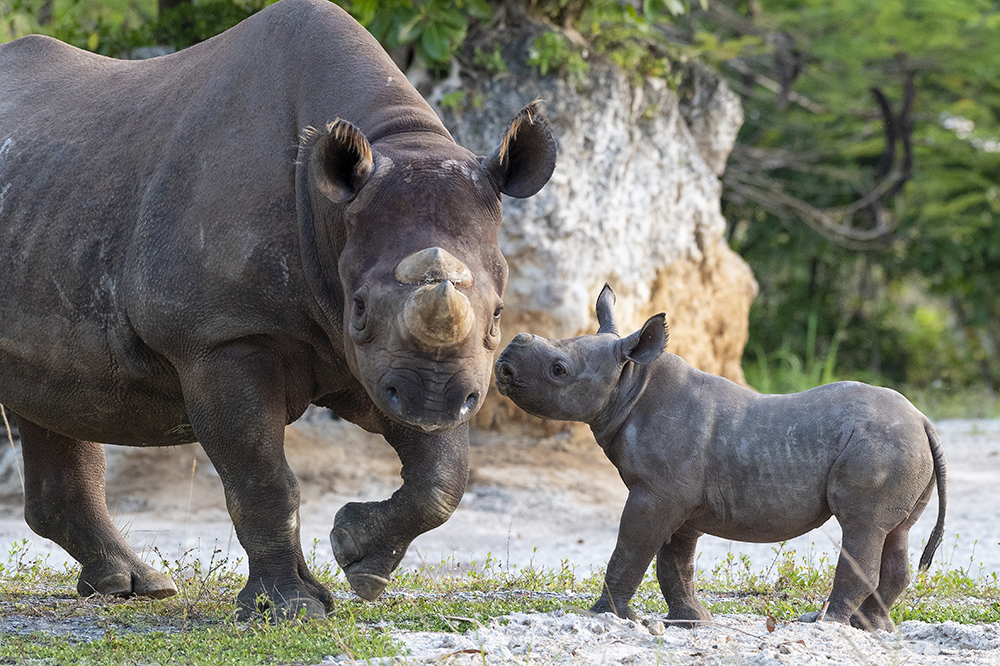 The zoo said the male calf was born Feb. 24 to 21-year-old Circe after a 15-month pregnancy.

Circe and her baby have been sheltered, so they have time to bond, and zoo officials said the calf has been nursing regularly and growing rapidly.

This is the 13th successful black rhino born at Zoo Miami.

Zoo Miami said at the start of the 20th century, there were an estimated 100,000 black rhinos in Sub-Saharan Africa. However, that number has since dwindled to less than 5,000.

The creatures are often poached for their horn, which is believed by some cultures to possess medicinal qualities and by others, it is used for dagger handles as a symbol of status. However, the horn is actually a keratin-based material similar to fingernails and hair.

Circe and the newborn are slowly being introduced to the public by spending short amounts of time on exhibit in the mornings. The amount of time will be extended as the calf becomes more secure in his new environment.