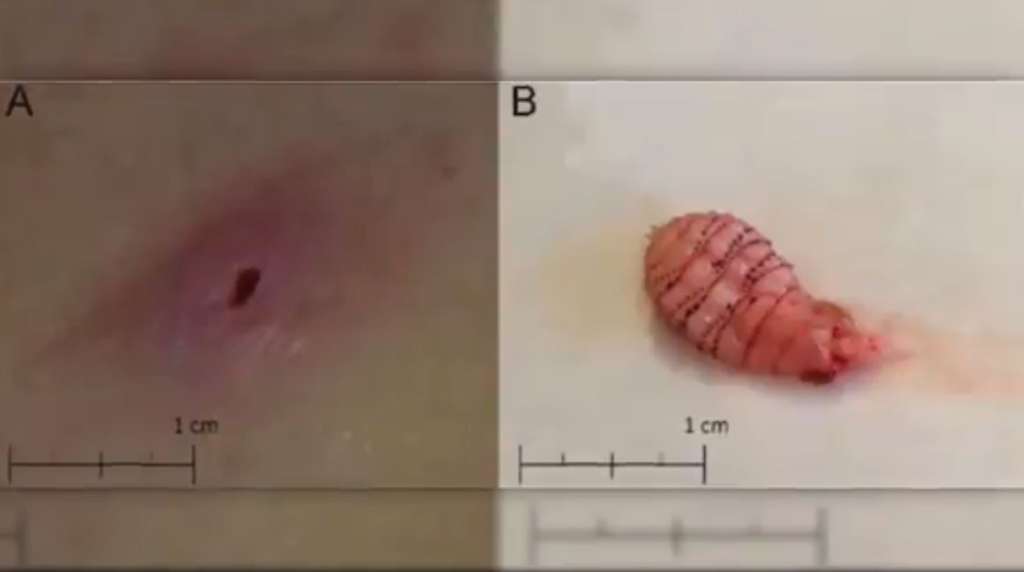 TAMPA, FLA. (WSVN) - Doctors made an odd discovery after they found a “deeply embedded” maggot in a Florida woman’s groin.

According to the Journal of Investigative Medicine High Impact Case Reports, doctors at Tampa General Hospital made the discovery after the woman came in for a lesion on her groin.

The woman said she noticed the lesion after she went on her honeymoon in Belize two months earlier. She had been to other doctors before she had her case transferred to Tampa General.

The lesion was initially believed to be a cyst or an ingrown hair, but doctors then discovered it was actually a human botfly larva that had burrowed under her skin.

The botfly is rare in the United States but common in the tropics. Specialists said the fly lays the egg on another insect, such as a mosquito, which then deposits the egg when it bites a human.

Ultimately, the larva was removed, and doctors said the lesion completely healed within about a week.