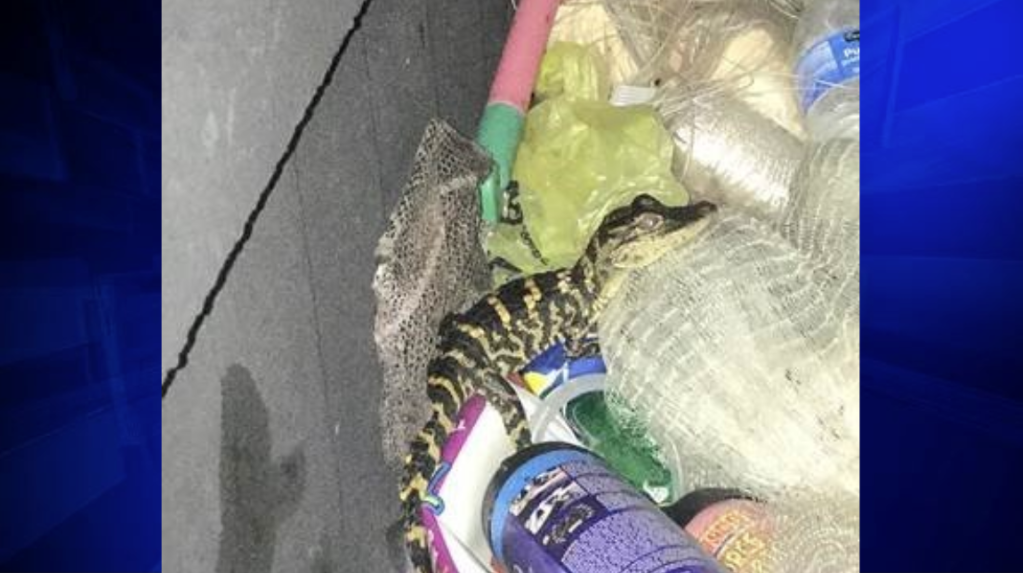 PUNTA GORDA, Fla. (WSVN) — Deputies say a Florida woman had an alligator in her pants during a traffic stop.

According to WBBH, Charlotte County Sheriff’s Office deputies pulled over a pickup truck early Monday morning after the driver ran a stop sign.

The man and woman inside reportedly told deputies that they were trying to collect frogs and snakes from a nearby underpass.

A deputy gave the driver a warning for running the stop sign and asked to see the animals they collected to ensure they didn’t have anything they weren’t supposed to have.

Deputies said the woman then revealed that she had 41 small three-stripe turtles in her bag.

When asked if she had anything else, deputies said she pulled a foot-long alligator out of her yoga pants and placed it in the truck bed.

The sheriff’s office posted a photo of the alligator to Facebook.

Deputies said the Florida Fish and Wildlife Conservation Commission then came and took over the investigation.