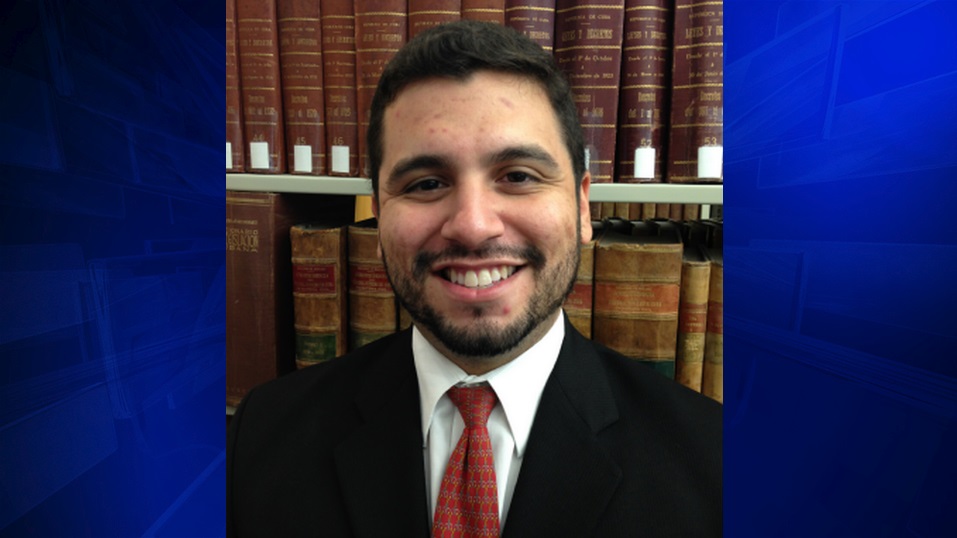 MIAMI (AP) — A Miami defense attorney is feeling the heat after his pants caught fire Wednesday after he told jurors during arguments in an arson case that his client’s car spontaneously combusted and wasn’t intentionally set.

As he started speaking to the jury, Stephen Gutierrez, 28, said he noticed his pocket began to feel hot.

“When I checked my pocket, I noticed that the heat was coming from a small e-cigarette battery I had in my pocket,” Gutierrez told The Associated Press via email on Thursday afternoon. He said he had two to three of the batteries in his right pocket.

The Miami Herald reported Gutierrez was arguing that his client’s car spontaneously combusted and wasn’t intentionally set on fire.
Gutierrez said he quickly left the courtroom and went to a courthouse bathroom.

“I was able to toss the battery in water after it singed my pocket open,” he said.

Gutierrez said the incident was not staged. “No one thinks that a battery left in their pocket is somehow going to `explode,”‘ he wrote.

The lawyer ran out of the courtroom and the judge also had the jurors taken to the jury room.

When Gutierrez returned to the courtroom unharmed, he insisted it wasn’t a staged defense gone wrong. Later in the day his client, Claudy Charles, 48, was convicted of second-degree arson.

Prosecutors and the Miami-Dade police are investigating the incident. Investigators seized frayed e-cigarette batteries as evidence.

Gutierrez told the AP that he researched e-cigarette batteries and learned that they can be “extremely dangerous.”

“The dangers of these devices, and accessories, have led me to quit using e-cigarette products,” he wrote. “At the end of the day, all of these stories and incidents involve real people in real situations. I hope we do not forget that.”