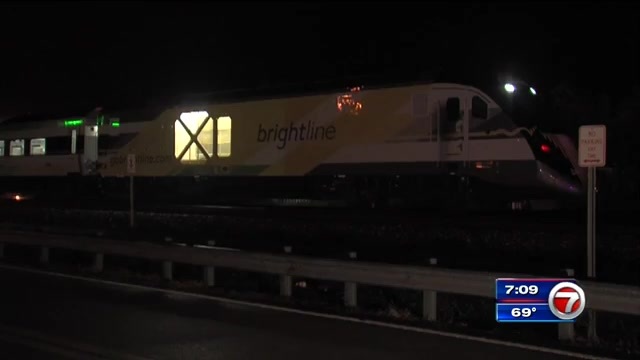 News outlets say police in Hollywood, Florida, are investigating the death. The collision late Saturday happened a short distance from a homeless shelter in Hollywood where there are no intersections for pedestrians for a half-mile, but there are small no trespassing signs by the tracks.

Brightline has the worst fatality rate in the nation, according to an ongoing Associated Press analysis of Federal Railroad Administration data that began in 2019.

Its trains have fatally struck 59 people since beginning test runs in 2017, an average of about one death every 33,000 miles (about 53,000 kilometers). Central Florida’s SunRail has the second-worst rate among railroads that operate at least 100,000 miles (about 161,000 kilometers) annually – its trains have fatally struck someone every 105,000 miles since 2017. More than 800 railroads operate in the U.S.

Last month, federal safety officials met with local government officials and representatives of Brightline and other train lines to find out ways to curb the number of deaths. The Federal Railroad Administration called the meeting.

None of the deaths have been found to be the fault of Florida’s railroads or their crews. Most have been caused by drivers going around crossing gates, pedestrians trying to beat trains and suicides.