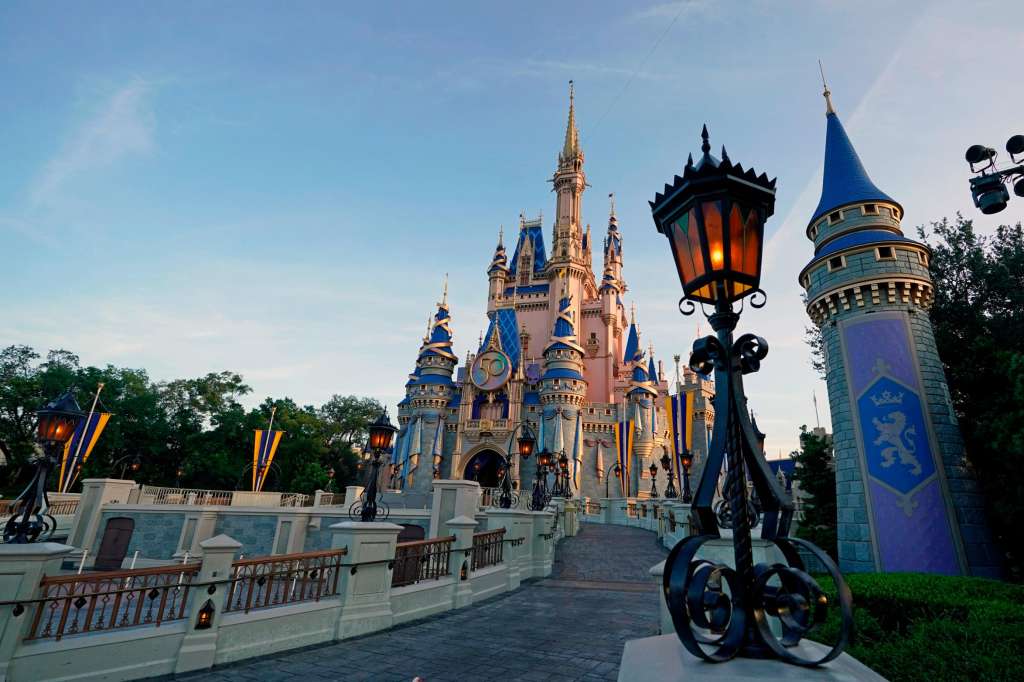 (CNN) — Disney’s self-governing special district, the Reedy Creek Improvement District, says that Florida’s move to dissolve the district next year is not legal unless the state pays off Reedy Creek’s extensive debts.

Reedy Creek is a special purpose district created by state law in May 1967 that gives The Walt Disney Company extensive governmental control over the land in and around its central Florida theme parks. With that power, Reedy Creek currently has about $1 billion in outstanding bond debt, according to the credit rating agency Fitch Ratings.

In a statement issued to its bondholders last Thursday, Reedy Creek pointed out that the 1967 law also includes a pledge from Florida to its bondholders. The law states that Florida “will not in any way impair the rights or remedies of the holders … until all such bonds together with interest thereon, and all costs and expenses in connection with any act or proceeding by or on behalf of such holders, are fully met and discharged.”

Due to that pledge, Reedy Creek said it expects to continue business as usual.

“In light of the State of Florida’s pledge to the District’s bondholders, Reedy Creek expects to explore its options while continuing its present operations, including levying and collecting its ad valorem taxes and collecting its utility revenues, paying debt service on its ad valorem tax bonds and utility revenue bonds, complying with its bond covenants and operating and maintaining its properties,” Reedy Creek said.

CNN has reached out to Gov. Ron DeSantis’s office for comment on Reedy Creek’s statement.

The statement, posted to the Municipal Securities Rulemaking Board, represents the first response from the Disney-run district since Florida Republicans moved to pass legislation that will dissolve the special purpose district on June 1, 2023. DeSantis signed the legislation into law on Friday. Disney has not made any public statements about the law.

The new law is just two pages long and avoids any discussion of details about how to unwind a half-century of infrastructure deals, nor does it lay out the next steps in the complicated process. Lawmakers in neighboring Orange and Osceola counties have expressed concerns that they will be stuck with paying off Reedy Creek’s debts and will have to significantly raise property taxes on residents.

“If we had to take over the first response — the public safety components for Reedy Creek — with no new revenue, that would be catastrophic for our budget here within Orange County,” Orange County Mayor Jerry L. Demings told reporters on April 21, before the official legislature vote that day. “It would put an undue burden on the rest of the taxpayers in Orange County to fill that gap.”

How we got here

Disney, with 75,000 employees, is the largest single-site employer in Florida and is a key driver of the state’s vital tourism business. Yet state officials took on the company’s self-governing status as a form of retaliation for Disney’s criticism of a law restricting discussion of LGBTQ issues in schools.

The law, titled the “Parental Rights in Education” bill and labeled by critics as the “Don’t Say Gay” bill, prohibits schools from teaching children about sexual orientation or gender identity “in a manner that is not age-appropriate or developmentally appropriate.” The legislation also allows parents to bring lawsuits against a school district for potential violations.

The law’s vague language and the threat of parental lawsuits have raised fears that it will lead to discrimination against LGBTQ students and will have a chilling effect on classroom discussion. DeSantis’ spokesperson Christina Pushaw, however, said the legislation would protect kids from “groomers,” a slang term for pedophiles, and described those who oppose the law as “probably groomers.”

Disney CEO Bob Chapek initially declined to condemn the law but reversed course after facing employee criticism. A company spokesperson released a statement last month stating its goal is for the law to be repealed by the legislature or struck down in the courts.

“Florida’s HB 1557, also known as the ‘Don’t Say Gay’ bill, should never have passed and should never have been signed into law,” the statement said. The company said it was “dedicated to standing up for the rights and safety of LGBTQ+ members of the Disney family, as well as the LGBTQ+ community in Florida and across the country.”

Earlier last week, DeSantis challenged lawmakers to unravel the 55-year-old Reedy Creek Improvement Act as part of a special legislative session. The impact of that legislation — as well as its legality — remains unclear.