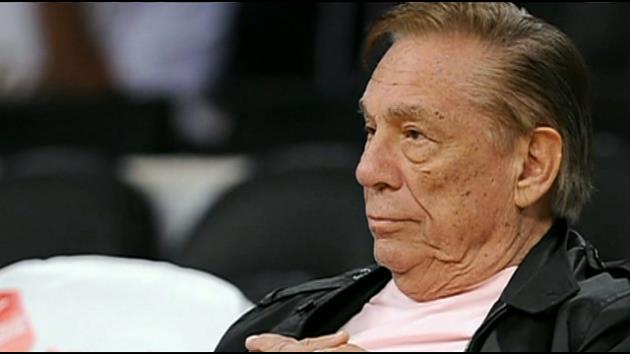 LOS ANGELES (AP) — An interview that was supposed to be an attempt at rehabilitation instead had Los Angeles Clippers owner Donald Sterling facing fresh rebukes as he went from apologizing for recent racist remarks to slamming Magic Johnson.

Sterling repeatedly brought up the ex-NBA star’s HIV status and celled him an unfit role model for children.

The comments earned Sterling quick condemnation from the league that was already trying to rid itself of the owner.

Commissioner Adam Silver, who gave Sterling a lifetime ban and $2.5 million fine two weeks ago, issued a statement saying, “while Magic Johnson doesn’t need me to, I feel compelled on behalf of the NBA family to apologize to him that he continues to be dragged into this situation and be degraded by such a malicious and personal attack.”

“The NBA Board of Governors is continuing with its process to remove Mr. Sterling as expeditiously as possible,” the commissioner added.

Johnson, who is scheduled to appear on Cooper’s show to reply on Tuesday, wrote on his Twitter account that “I’d rather be talking about these great NBA Playoffs than Donald Sterling’s interview.”

Johnson later Tweeted, “After this week, no more Sterling talk.”

Sterling changed course briefly during the interview to call Johnson “a good person,” but soon resumed his criticism.

“He acts so holy,” Sterling said. “He made love to every girl in every city in America, and he had AIDS, and when he had those AIDS, I went to my synagogue and I prayed for him, I hope he could live and be well. I didn’t criticize him. I could have. Is he an example for children?”

Cooper corrected Sterling, explaining that Johnson was HIV-positive but did not have “full-blown AIDS.”

Sterling briefly adjusted his language but not his tone.

“What kind of a guy goes to every city, has sex with every girl, then he catches HIV. Is that someone we want to respect, and tell our kids about?” Sterling said. “I think he should be ashamed of himself.”