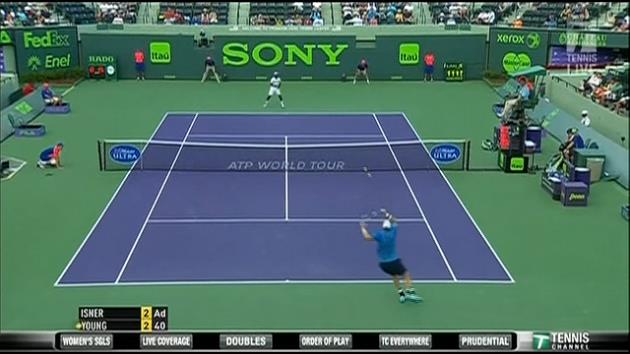 MIAMI (AP) — The Miami Open is all but certain to leave Key Biscayne because of a court decision, a lawyer for the tennis tournament said Wednesday.

The ruling blocks the tournament from upgrading its complex on the island near Miami. Tournament officials have long said improvements are essential if the event is to remain among the most prestigious in tennis.

The Third District Court of Appeal last week affirmed a lower court ruling that upheld restrictions on improvements. The property is owned by Miami-Dade County.

When asked about the chances of the Miami Open remaining on Key Biscayne long term, attorney Eugene Stearns said: "Absent a miracle, pretty dim. You know the old song, you don’t know what you have until it’s gone? We’re going to find out, apparently."

Tournament owner International Players Championship Inc. has an eight-year commitment with Miami-Dade, but Stearns said the agreement is invalid because of county inaction in making upgrades. The Miami Open planned to pay for $50 million in improvements.

"The tournament has lost its luster to some degree because the facilities are tired and old and have to be upgraded to be able to stay here," Stearns said.

He declined to predict how soon the Miami Open might move.

Tournament officials declined to comment on the court ruling. Potential alternative locations for the event range from Orlando to South America to China.