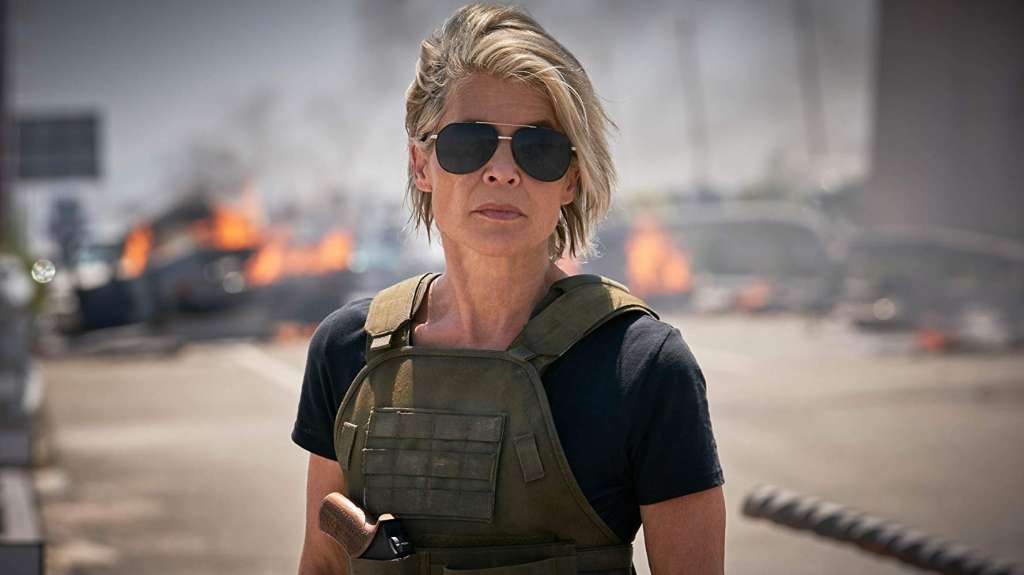 The premiere for the movie had been scheduled to take place Monday in Hollywood and bring together stars of the film, including Linda Hamilton, Arnold Schwarzenegger, Gabriel Luna and Mackenzie Davis.

“In light of the ongoing, active fires being battled in the area, Paramount Pictures and Skydance have canceled tonight’s Los Angeles premiere of ‘Terminator: Dark Fate,'” a statement provided to CNN said. “We will be donating food intended for the after-party to the American Red Cross, which is serving those affected by the fires.”

The former California governor said he was among those evacuated, exiting his home around 3:30 a.m. Monday morning.

“If you are in an evacuation zone, don’t screw around. Get out,” he wrote on Twitter. “Right now I am grateful for the best firefighters in the world, the true action heroes who charge into the danger to protect their fellow Californians.”

California is contending with a number of large fires, prompted in part by strong winds and also by other trends, such as overall drier conditions, relating to the climate crisis.

On Monday morning, the Getty Fire, located on the west side of the busy 405 Freeway in Los Angeles, affected neighborhoods known for their high-value homes and celebrity residents.

NBC star LeBron James was also among the evacuees.

“Terminator: Dark Fate” is the latest film in the franchise that began in 1984.

It reunites Hamilton and Schwarzenegger for the first time since 1991’s “Terminator: Judgment Day.”