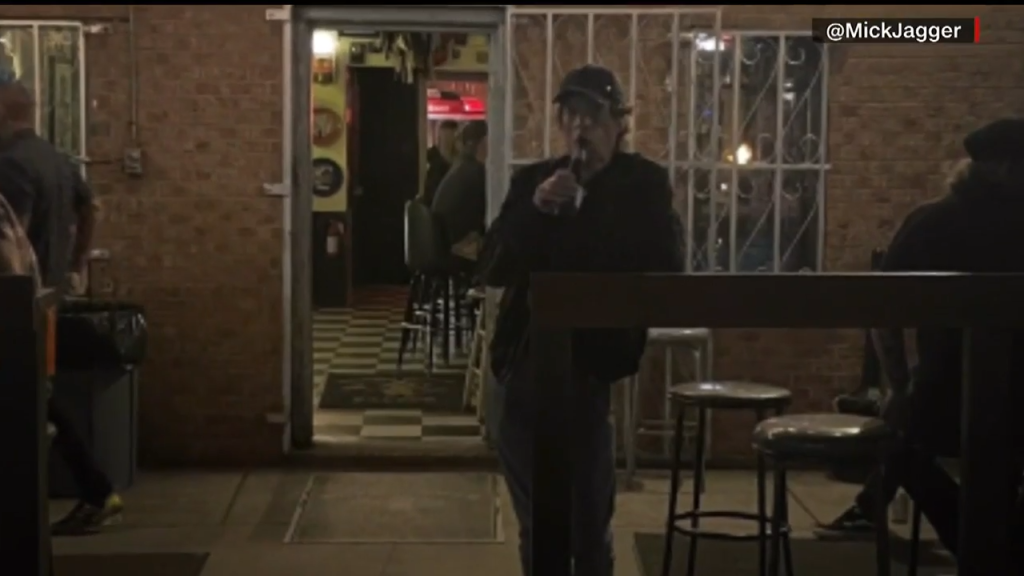 How does one of the most famous rockers of all time get a beer at a dive bar and nobody notices?

Well, it happened, and there’s a picture to prove it.

But it’s how nobody else made a move to recognize Mick.

Mick who? That made this photo of Jagger all alone having a beer at a dive bar start trending.

Brian Wilson is the co-owner of the Thirsty Beaver Saloon.

He thinks he arrived after Mick left.

“Nobody really mentioned that anybody famous had been here,” he said, “so I don’t think they noticed, but this morning my phone did.”

That’s because Mick Jagger himself posted the photo on Twitter saying “out and about in Charlotte, North Carolina.”

The Thirsty Beaver is a local legend for surviving developers who had to build around it.

When a rock legend showed up and no one seemed to recognize him, the comments flew, like “Turn around. Mick Jagger is having a beer behind you.”

To his right were regulars who had tickets to the Stones Charlotte concert.

Hey, at least no one was pointing… even the bartender didn’t notice Mick.

One local writer, Jeremy Markovich, brightened the photo looking for clues: “computer, enhance the beer” … but attempts at determining what Mick was drinking were futile.

Markovich joked, “People who live in brick bars should not know stones.”

The band sings about this kind of place…