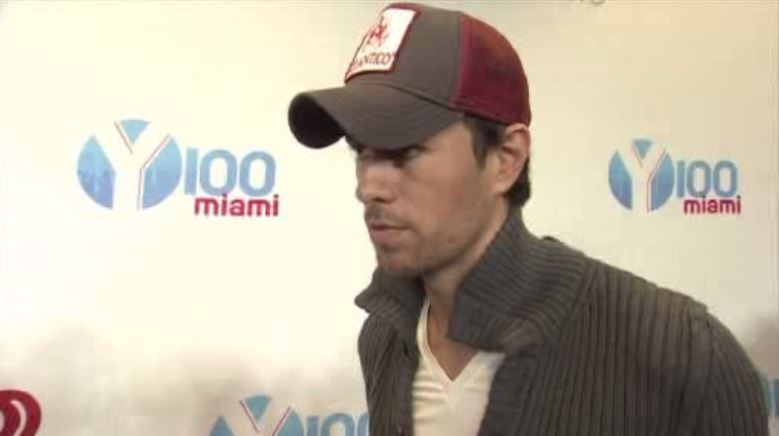 TEL AVIV, Israel (AP) — Pop star Enrique Iglesias misses his newborn twins “like crazy.” But he says performing for his fans is the next best thing to being home.

While the Spanish singer has traditionally kept his personal life private, he and his wife, former tennis player Anna Kournikova, took to social media last week to share some rare photos and videos of themselves and their children. He said he wanted to open up to his fans because they have given him so much.

“I don’t mind sharing part of my life with them,” he told The Associated Press. “I always have, in a way, through my music.”

Nothing wrong with a few selfies after a 12.5 flight 📷 😁😁 pic.twitter.com/W3dsan52QQ

Iglesias performed to nearly 50,000 fans in Tel Aviv Sunday night. The crowd cheered when Iglesias took to the stage, starting with his song “I’m a Freak,” accompanied by a show of lasers. Devoted fans wore T-shirts proclaiming their love for the 43-year-old pop star, and held signs declaring him the “sexiest father alive.”

“I miss my family like crazy,” said Iglesias. “But I love doing what I do, which is being on stage and just being surrounded by my fans. Those are the two things I love most in my life.”

It was Iglesias’ fourth performance in Israel. Artists, including Iglesias, often come under pressure from a grassroots pro-Palestinian boycott movement not to perform in Israel. But Iglesias said he never had second thoughts about coming to the country.

“I’ve sang in so many countries around the world during conflicts, my music is not about politics,” he said. “If my fans ask me to go to a place and there is demand, I will be there no matter what.”

Iglesias’ most recent single, `Move to Miami’ was released in May. Iglesias has been performing around Europe and South America, and came to Israel following a performance in Ljubljana, Slovenia.