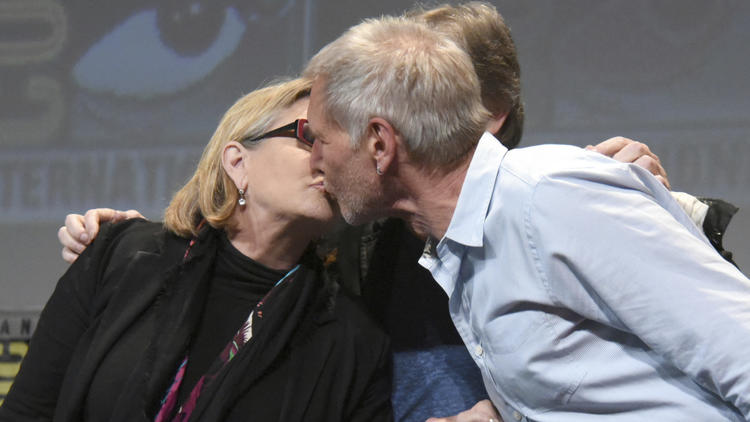 Fisher tells People magazine that she enjoyed an “intense” affair with co-star Harrison Ford during the filming of the 1977 blockbuster.

Fisher was 19 and Ford was 33 and married at the time of what she says was a three-month affair. The actress tells People, “It was Han and Leia during the week, and Carrie and Harrison during the weekend.” She says the romance ended when shooting on the film did.

Fisher writes about the fling in her new book “The Princess Diarist,” which recounts her experiences on the “Star Wars” set. She says that she gave Ford a heads-up about the book and he received a draft.

A representative for Ford didn’t immediately respond to a request for comment.