ABBA are back with their first album in 40 years, but is it a Super Trouper or an SOS? 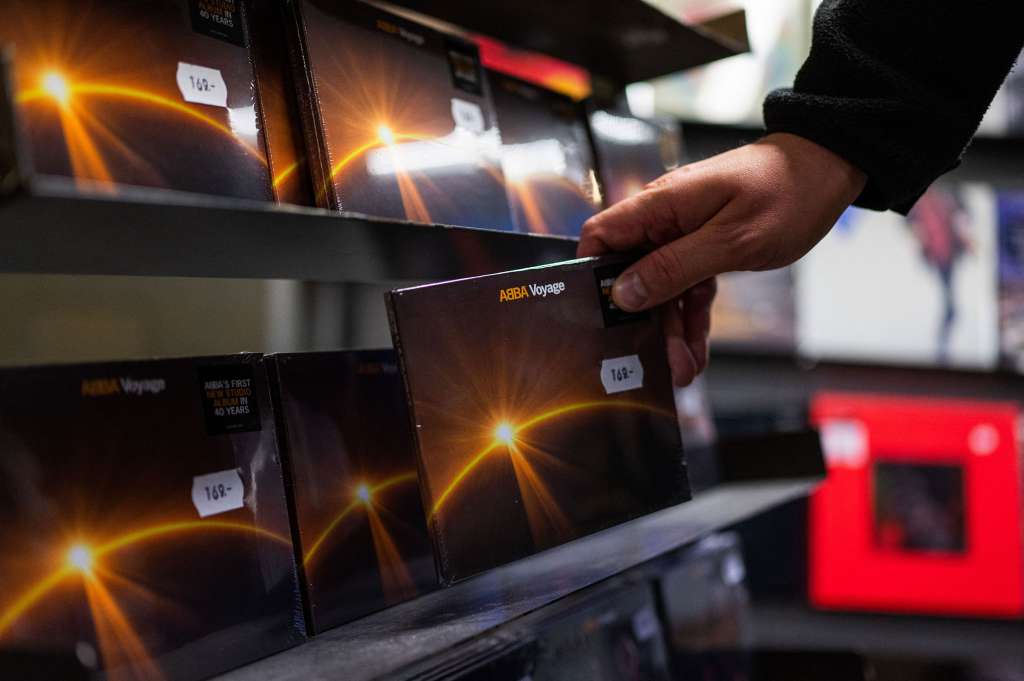 Store manager Samuel Hagglund places the new ABBA album "Voyage" for display at a local record store in Stockholm on November 4, 2021, ahead of the official release on November 5, 2021. (Photo by Jonathan NACKSTRAND / AFP) (Photo by JONATHAN NACKSTRAND/AFP via Getty Images)

(CNN) — Four decades since their last album, Swedish pop legends ABBA are finally back, in one of the most anticipated musical returns in recent years.

Anni-Frid “Frida” Lyngstad, Benny Andersson, Björn Ulvaeus and Agnetha Fältskog reunited this year after going their separate ways in 1982. “ABBA: Voyage,” their new album released Friday, features 10 tracks and is their first since “The Visitors” in 1981.

So, was it worth the wait?

For many fans, it’s safe to say absence does makes the heart grow fonder.

“It’s ARRIVED with only 40 years delayed,” one fan tweeted, while another said: “HAPPY VOYAGE DAY!!!”

Another commentator wrote: “It’s no pop classic, but it has some beautiful ABBA flourishes. The voices are just beautiful – Benny & Björn have deliberately avoided using modern overly produced vocals, but some of the lyrics are twee. However, it’s polished, inoffensive and a grower. A fitting final farewell.”

Another fan added on Twitter: “The most remarkable thing about Voyage is that it’s new ABBA that’s still perfectly ABBA after all these years, but you haven’t heard it a thousand times yet.”

Among music critics, however, opinion was more divided.

Awarding the record five stars, the UK’s The Independent described the project as “a triumphant album awash with ABBA’s gung-ho uncoolness” that “delivers all the classic ABBA flavours.”

According to Pitchfork’s Ben Cardew, the album falls “between the lure of nostalgia and the pull of the present day.”

He wrote: “Voyage is the rare post-reformation album to build upon the band’s legacy without abandoning what we loved about their classic records in the first place. That makes Voyage a surprisingly necessary trip into the present from a band who could have coasted on the warm fumes of adulation ad infinitum.”

Writing for the UK’s Telegraph, Neil McCormick said “ABBA: Voyage” was a “gentle OAP cruise around the backwaters of ABBA’s reputation.”

He added that while Fältskog and Lyngstad “can still hold a tune,” Andersson and Ulvaeus “have not lost their ability to craft a flowing melody adorned with glittering hooks.”

But in a two-star review headlined “No thank you for the music,” the Guardian’s Jude Rogers described ABBA’s ninth album as a “disappointment” that “prefers to languish in often bafflingly retrograde settings.”

“Rather than reflecting poignantly on the past, much of the rest of Voyage feels terminally stuck there,” she wrote, before branding “Little Things”, a Christmas song, a “big crime against sense, sentimentality and sequencing.”

The Sydney Morning Herald‘s Barry Divola was similarly brutal in his assessment, writing: “The bad news is that there’s a bunch of utter schlock here,” and giving the album 2.5 stars.

Rolling Stone’s Rob Sheffield, on the other hand, declared: “This album would be a one-of-a-kind historic event even if the songs blew — but it’s vintage ABBA, on par with their classic 1970s run. It evokes the days when the Norse gods ruled the radio, combining two of the Seventies’ hottest trends: heartbreak and sequin-studded pantsuits.”