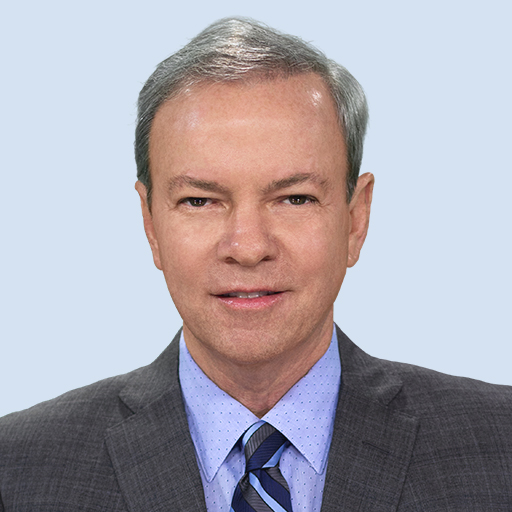 Patrick Fraser joined WSVN as a reporter in 1986.

Patrick has been front and center for some of the more memorable stories that impacted South Florida—from being out in Hurricane Andrew the morning it struck, to the murder of several University of Florida students, some of which were from our area. In that story, Patrick was often setting the pace and in the end broke the news that the Danny Rolling was the killer. Patrick was also the only reporter live on the air when Rolling decided to plead guilty.

Over the years, Patrick has covered thousands of stories across the country—at one point having gone to 38 states and 13 countries for 7 News. Today he teams up with Broward Public Defender Howard Finkelstein for WSVN’s most popular segment, Help Me Howard with Patrick Fraser. Incredibly they get 50,000 requests a year for help. They help as many South Floridians as they can, successfully doing everything from quieting a noisy neighbor to helping a woman get a 350,000 dollar liver transplant—for free.

When Patrick is not working on Help Me Howard segments, he mixes in investigative reports and political coverage. In 2012, he reported from both the Democratic and Republican Conventions as well as the campaign trail, winding up on election night as the President was re-elected.

When he is not working, he is watching Gator sporting events as a University of Florida graduate from a couch.