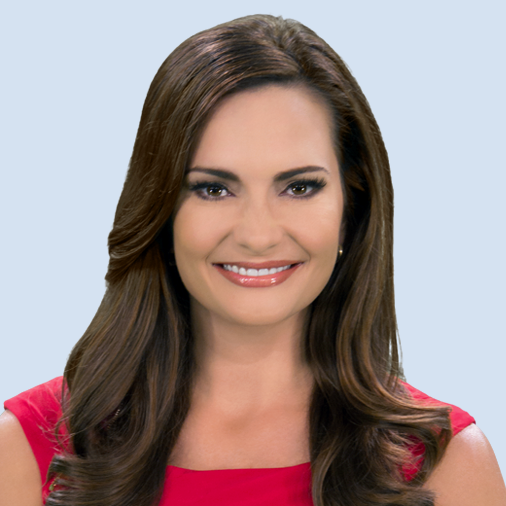 Jessica Holly comes to South Florida from New Orleans, Louisiana, where she was an anchor and reporter.

Her career has been a tour of the South. She got her start in her home state of Louisiana. From there it was off to Texas, Alabama, back to Louisiana and now the Sunshine State.

She started behind the scenes as a camera operator and worked her way up to become a prime time anchor in multiple markets. Through the years, Jessica has worked in just about every capacity of television news.

Jessica has been awarded multiple times by the Associated Press and other organizations for her work in anchoring and reporting.

She has covered a vast range of topics during her career including Hurricane Katrina and the BP Oil Spill.

Jessica spent several years exploring the latest developments in health and medical news. During that time she was able to document and share many courageous battles including a teenager’s long wait for a heart and lung transplant.

Her adventures as a journalist have also taken her high into the sky with the Navy’s Blue Angels and deep into a simulated war zone at the U.S. Army’s Joint Readiness Training Center.

While she enjoys reporting on many different topics, Jessica has a special place in her heart for helping lost, injured and forgotten animals.

When Jessica isn’t hitting the streets of South Florida to report the latest news, she’s spending time with her dog, Lucy. Lucy is a 3-legged lab-mix rescue, a cancer survivor and an inspiration to all who meet her.