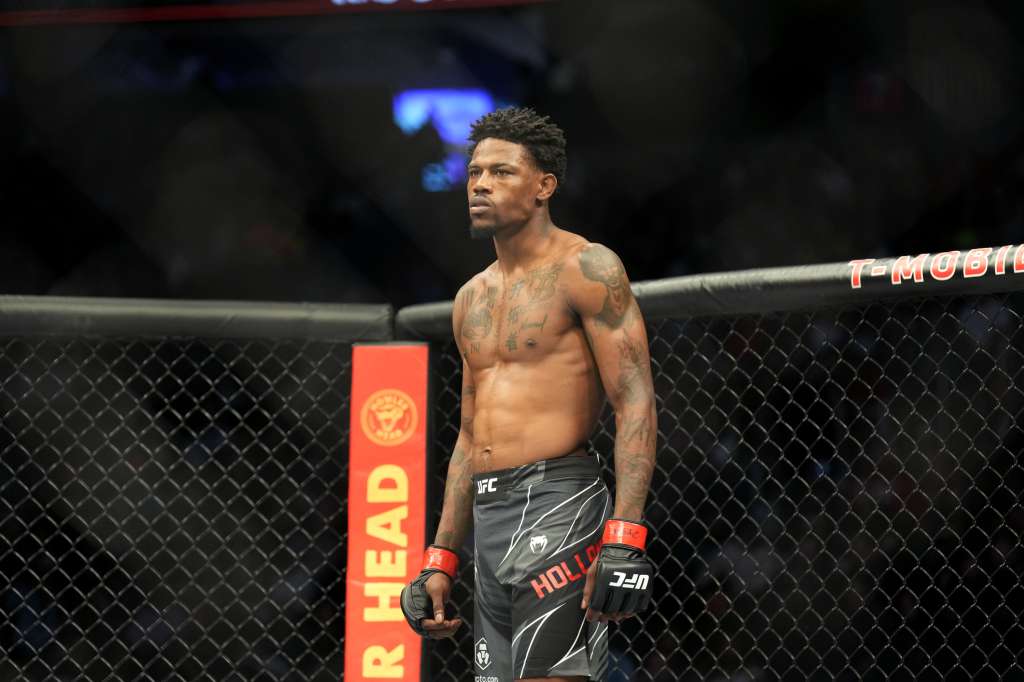 (CNN) — UFC fighter Kevin Holland says he used a chokehold to subdue a suspected gunman who fired a shot into the ceiling of a Houston, Texas, sushi restaurant.

Holland told CNN affiliate KPRC that he was having dinner on Monday night at RA Sushi restaurant when he heard the shot.

“When I heard the big bang, I thought it was maybe the table behind me popping a champagne bottle because they were having a birthday party,” he told KPRC. “Realized quickly it wasn’t no champagne when I turned around and seen people running, glass breaking.”

Holland said he saw another man trying to wrestle the gun away from the suspect and rushed to help.

“I grab the gun with the guy, we face (the gun) down towards the ground,” Holland told KPRC. “And then I’m like, ‘We’re upstairs — this shouldn’t be facing down.’ So we point it towards the bar and face it up in the air.” Holland told KPRC he hit the gunman’s wrist and they were able to get the gun away from him.

“I pull him back, sit him in my lap, put him in the rear-naked choke, and yeah we choked him out,” he told KPRC.

The rear-naked choke is a martial arts chokehold applied from behind an opponent.

The 29-year-old welterweight fighter is 22-7-0 and won his most recent fight on March 5 by knockout.

A Houston police spokesman said it was against department policy to identify witnesses, so they could not identify Holland, but he did confirm that the 24-year-old suspect was disarmed and subdued until police arrived.

“Thankfully no one was injured. That was the best outcome we could have,” public information officer Shay Awosiyan told CNN.

He said the suspect’s motive is still under investigation.

The suspect was charged with unlawful carrying of a weapon and deadly conduct and is in jail on $30,000 bond, according to court records.