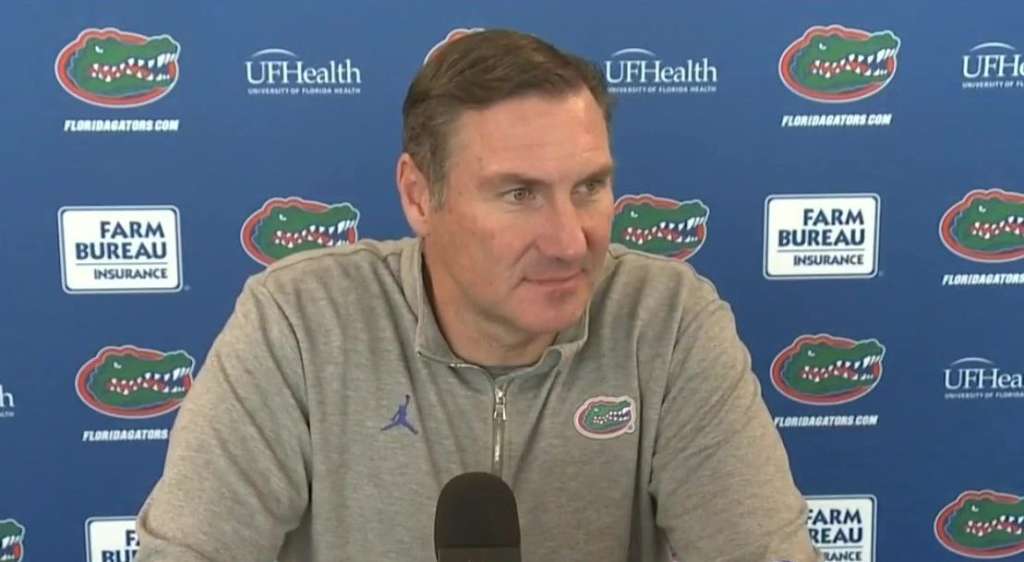 Mullen also took responsibility for the team’s failures, offering an assessment that anyone who has watched the Gators’ slide this season already knew.

Mullen seemed contrite and committed to getting Florida back on track following a three-game losing streak that left outsiders questioning the coach’s job status and the direction of the program. The Gators (4-5) have dropped eight of their last 10 games against Power Five opponents, a stunning slide for a team that was considered a national championship contender just a year ago.

He parted with the two assistants one day after a 40-17 shocker at South Carolina in which Florida gave up a season-high 459 yards and its most points in series history. The Gators also managed a season-low 82 yards on the ground.

“There’s no excuses for what happened last week,” defensive end Zach Carter said. “Everyone was embarrassed. It definitely was an embarrassment, and we’re going to make sure that never happens again. We have to do better.”

Added running back Dameon Pierce: “It’s not easy to tell someone it’s gonna be a brighter day when it’s raining, but you just gotta have faith that the sun’s going to come back out. You go through cloudy days. Eventually it’s going to blow over. Our storm is going to pass and we’re going to get back to our standard soon.”

Mullen accepted the blame even though he made two assistants the immediate scapegoats.

“That’s your job here as the head coach: to take on that responsibility. And my job is to make sure we go perform, that this team plays to the Gator standard, which we’re not doing right now. It’s my responsibility to find a way to fix that.”

Mullen plans to begin an immediate search for replacements and insisted he didn’t think finding them would be hard despite his long-term job security being tenuous at best.

“This is Florida,” he said. “So there’s a long list of people that want any job they can get at the University of Florida in any aspect.”

Mullen will have linebackers coach Christian Robinson call the defense beginning with Saturday’s game against Samford (4-5). Longtime Syracuse coach Paul Pasqualoni, who, at 72, had been Mullen’s special assistant, will take an on-the-field role for the remainder of the season.

Michael Sollenne, who has been with the team since 2020, will work with the offensive line for the rest of the year.

Grantham and Hevesy were in the final year of their contracts. Grantham made $1.8 million annually, and Hevesy was getting $620,000.

Grantham spent the last five seasons with Mullen, including the 2017 season at Mississippi State.

“It’s always hard because those guys are both friends of mine,” Mullen said. “I have a lot of respect for them. Both excellent football coaches. But it is my responsibility as the head coach to do what’s best, what I feel is best for the Florida Gators. And that comes above it all.”

Skeptics argue that Mullen is the team’s biggest problem. Although he remains one of the best play-callers in the Southeastern Conference, he’s widely considered arrogant to a fault and has slipped significantly in recruiting. Florida’s 2022 class currently ranks 35th in the country and 12th in the SEC, ahead of only Auburn and Vanderbilt.

“Well, I think there’s a lot of problems,” said Mullen, who landed the Gators on NCAA probation last year and has a one-year show cause penalty ending soon. “I’m pretty confident in myself and I’ve won a lot of football games as a head coach, won championships here.

“Everybody has problems. The key is having solutions. Everybody in the world will tell you every problem they have and it’s real easy. … What I’m pretty confident in is finding the solution.”