In Riley’s mind, the first thing the Heat need is some rest 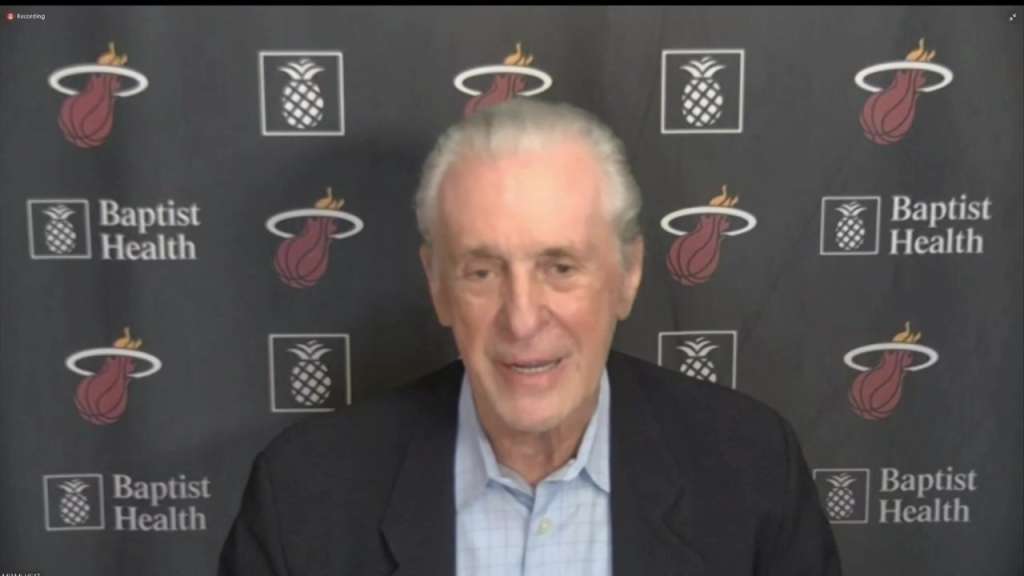 MIAMI (AP) — Pat Riley has identified an immediate priority for the Miami Heat: Do absolutely nothing.

After a nonstop year, that’s his requirement.

There will be more than enough time for roster decisions, offseason workouts, preparing for the combine and draft even though Miami doesn’t currently have a pick, piecing together a summer league team and free agency.

For now, however, Riley wants just about everyone in the organization to take a break after a whirlwind 12 months that saw an NBA Finals appearance one season, an exit from another season in a first-round sweep and all the while dealing with the coronavirus pandemic that changed just about everything.

“We’ve been at this for a while, so where we’re headed first is rest,” Riley, the Heat president, said Thursday in his annual state-of-the-team address that traditionally comes shortly after the season ends. “Our players, our staff, the people that have been here every day, every single day, they’re mentally worn out more so than physically. And I think they just need to rest for a couple of weeks, a month.”

It was a major storyline in the NBA this season, how the compressed schedule and the additional demands of the protocols that were put into place to deal with the virus — including daily testing often late at night or early in the morning, limits on the amount of time teams could spend together, limits on who they could be with — would grind on players and teams.

It wasn’t an excuse, and Riley refused to make it one. Every team went through it, and it wasn’t easy for any of them.

“This season was unrelenting. … I can’t wait for the day when I can wake up and I don’t have to worry about what time I’ve got to go down to the arena to get another damn test,” Denver coach Michael Malone said Thursday — a day when the Nuggets had 8 a.m. testing preceding a playoff game at night. “I think this year has been the hardest year in my 20 years in the NBA. It’s the mental toll, the physical toll, the emotional toll.”

Miami prides itself on its offseason workout program, especially for its younger players, and even a soon-to-be 41-year-old veteran like Udonis Haslem said he won’t be taking much down time this offseason.

But everyone simply needs a break, even the Heat.

“We’re not total lunatics,” Heat coach Erik Spoelstra said after the series against Milwaukee ended. “We’ll give them a little bit of time off. That’s the way this season has been. It’s been so hard for everybody in this association. I didn’t realize what month it was. I didn’t realize it was Memorial Day weekend and when I brought that up several players and staff members were right there with me. It’s been that kind of year.”

The Heat reopened the doors of their facility in May 2020 when the NBA allowed limited workouts to resume, and the place didn’t slow down until Miami was eliminated from this year’s playoffs by Milwaukee in a first-round sweep that ended last weekend. The workouts last spring led into the run in the NBA’s restart bubble at Walt Disney World, which led to an NBA Finals appearance, followed immediately by free agency and draft prep, followed by pre-camp workouts, followed by camp and then the season.

Much was made of the 71-day gap between the end of the finals and the start of this season and how that was much shorter than usual, but the reality was that very few of those 71 days were idle. Now, Riley said, there is a chance to breathe.

“Anybody who’s involved in the NBA family or industry, this is a challenging year from the standpoint of how you used to do your job versus how you have to do it now,” Riley said. “But, in anything in life, as I’ve said, it doesn’t make any difference what happens to you — it’s how you deal with it and adapt, and everybody had to adapt.”

That said, Riley craves the return to normalcy, one he believes might come next season. He missed being part of some of the off-the-court things that he thinks sets the Heat apart from other franchises, things like a charity gala, a family festival, holiday parties and other events — some just for the team, some for sponsors, some for season-ticket patrons.

He even wrote a letter to Andre Iguodala after this season, telling him how unfortunate it is that he’s missed out on all of that during his year-plus with the Heat. Iguodala was acquired in February 2020, less than a month before the pandemic forced the league into suspending that season.

“It’s going to be back — I hope — to normal somewhat next year when the season starts,” Riley said. “Everybody’s got more than enough time off to recharge the batteries. And then when we come back, I’m sure there’s going be some COVID protocols still, but they won’t be as is draconian as they were. We’ll see what they are, but I think we’re on to bigger and better things.”

He’ll take a little downtime, too. When he returns, the summer work begins, and he believes the Heat will find a way to return to contender status.

“Have a good summer,” Riley said. “There’ll be a lot of news coming along the way, but again, just a last shoutout to our fans and to everybody is that we’ll be back.”