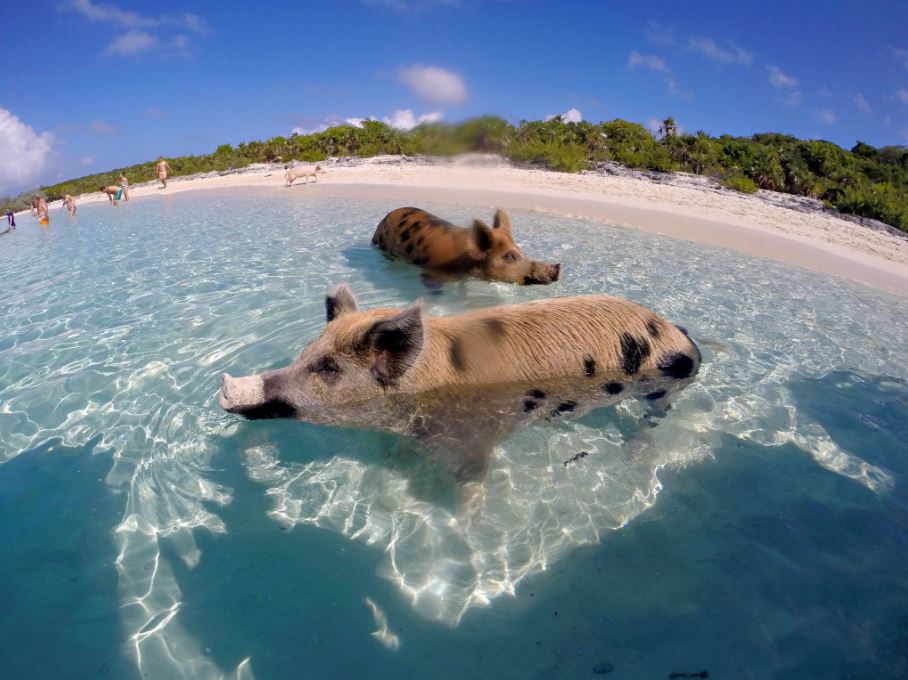 (WSVN) - Living in South Florida, you’ve probably come across pictures of your friends swimming with pigs in the Bahamas, but are the cute Instagrams worth it? A total of seven swimming pigs have been found dead, and officials believe tourists are to blame.

Photos of pigs swimming alongside overjoyed tourists in the turquoise waters of Exuma have made Big Major Cay, or as many call it, “Pig Beach,” famous.

But now, seven of these famous swimming pigs have suddenly died.

According to The Nassau Guardian, the pigs most likely died after being given the wrong food, including junk food and alcohol.

The pig colony is claimed to be owned by a group of people, including one man named Wayde Nixon. Nixon told The Nassau Guardian, “… We had them pigs there over 30 years, and never has this happened before, but now we are going to have to regulate it.”

Nixon said the swimming pigs have become so popular, that it is nearly impossible to oversee exactly what goes on.

“Right now it’s blowing out of proportion,” he said, “with people, anybody bringing food there, anybody doing what they [want to] do.”

“We have people coming there giving the pigs beer, rum, riding on top of them, all kind of stuff. That never happened, but lately [it has] because it’s so big, and we are never really there all the time.”

In light of these sudden deaths, the Minister of Agriculture and Marine Resources has declared to put an end to such feedings through government regulation.

There are thought to be around 15 swimming pigs left in Exuma Cay.